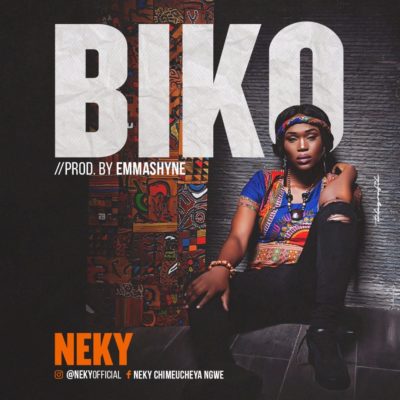 Introducing New kid on the block she goes by the stage Name Neky (Nneka Chimeucheya Ngwe) was born on the 22nd of November to the family of Late Barr and Mrs Egwu Ukpabi Ngwe, she studied mass communication in Caritas University Enugu, she started music at the Age 7, when she discovered her passion for music, she Currently works in the aviation industry
The Song is titled Biko – Produced by Emmashyne, this is the first single from her, please kindly download and drop your comment she would be reading comments, let her know what you think about her song..
Follow Neky on Social Media
IG,twitter; @NekyOfficial
FB: Neky Chimeucheya Ngwe