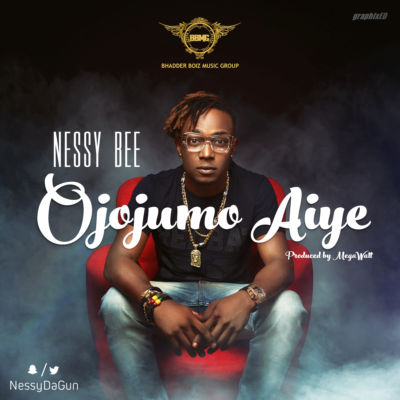 Trailing on the success of his Ori Owo single which was released in the month of March, Bharder Boiz Muzik Group recording artist, Nessy Bee, marks his birth anniversary with the release of a single that sees him appreciating God for his life and career.

With the Ori Owo single currently gaining airplay on radio and it’s video making waves likewise with support from HipTV and Sound City, the new single titled “Ojojumo Aye“ which was produced by MegaWatt, is a pleasant single with a tuneful and melodious aura being served to it’s listener. This new release come with highly enjoyable lyrical content of self-praise, and Nessy Bee shows no sign of slowing down with this single coming barely 2 months after the release of Ori Owo, exerting his singing nature with a blend of rap.

Ojojumo Aye is set to score a number on your playlist – listen up and share your thoughts.