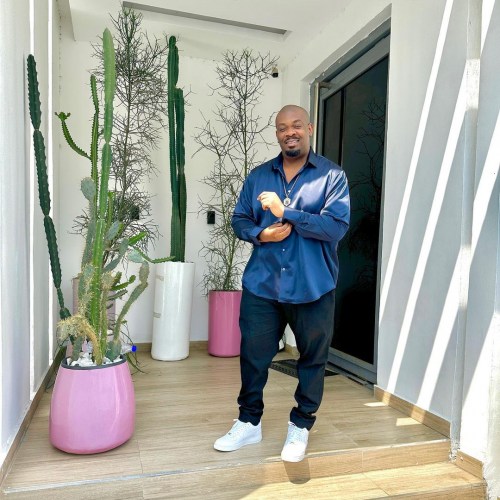 Finally, Don Jazzy has a response for us.

Ace Nigerian producer, Micheal Collins Ajereh, widely known as Don Jazzy has detailed his reason for being single at his big age.

It will be recalled that He once revealed that he used to be married at the tender age of 20 to a much older woman, but messed things up.

However, the successful record label boss, while goofing around in his usual manner, shared a video where he gave his reason. According to him, he does not want to be a scapegoat.

I’m threading carefully; I don’t want to be a scapegoat. Once bitten twice shy; I dey hear word. Ashawo dey my eyes that’s why I don’t want to commit again. I don’t know when I will commit.

Don Jazzy Reunites With His Ex-Wife, Michelle Jackson After 18 Years