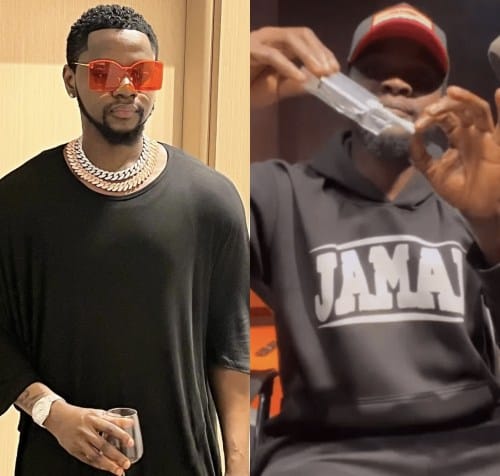 Nigerian singer, Kizz Daniel has given fans another reason to believe he is not a man of his word.

The Buga crooner is trending after he returned to his first love, Cigarettes barely 4 months after he promised to quit. It would be recalled that Kizz Daniel on the 1st of May revealed that he is saying goodbye to Cigarettes.

According to him, he is doing it for the sake of his friends, his partner, and his sons – Jamil and Jelani. Kizz Daniel also advised chronic smokers like himself to finally see light and say no to the substance that kills their livers.

However, on the 13th of August, Kizz Daniel posted a video of him smoking cigarettes in front of a mirror. This video appears to have been made after his Free Show in Tanzania. One can not tell if Kizz Daniel ran back to his first love to help relieve stress or if he has been doing it in secret since he announced he quit.