If I Were Not Doing Music, This Is What I Would Be Doing – Waje 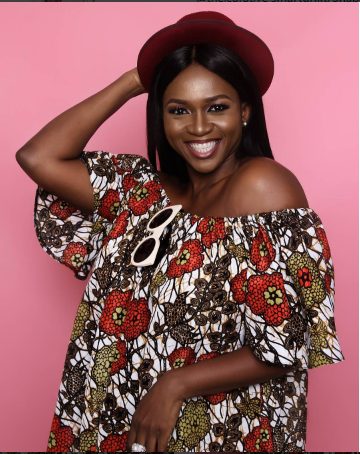 Vocal powerhouse, Waje, in a new interview with Saturday Beats, has revealed the back breaking job she did before fame came calling.

According to the Mountain crooner, she used to sell chin chin with a  close friend whom she owned the chin chin company with, an yes, the job was back breaking.

“I don’t like cooking but I love to bake and I did that for a while with my friend Ijeoma Uzodima. We used to have this chin chin company and we used to sell everything in our stock. I remember that the magistrates in Onitsha at the time used to order from us and we used to sell it in a small can for about N600. We would cut 50kg chin chin for three days and my back would be paining me. I probably would have continued with that if I was not a singer. Ijeoma who is my very good friend was actually the one who used to push me.”

On how much she was paid for her first musical performance, Waje said:

The day she was given N300,000, she wanted to go crazy. Waje said, “When I started my career, it was someone that drew my attention that I could make money from music. I remember the first time I sang in my school in UNN, I was wearing a red dress and I sang Whitney Houston’s ‘I will always love you.’ It was just my voice and there was no instrumental, the crowd went crazy. I think after my performance, they gave me about N500. That was enough for a week in school. I remember the first time I earned N300,000, it was from Zain Mobile Telecomms. They had an end of the year party in Enugu and they asked me to come and perform. When I got the money, I went haywire. I am the first in my family, so the money really helped to stabilise a few things.”

Your Show Money Is My Shoe Money – Cynthia Morgan Boasts