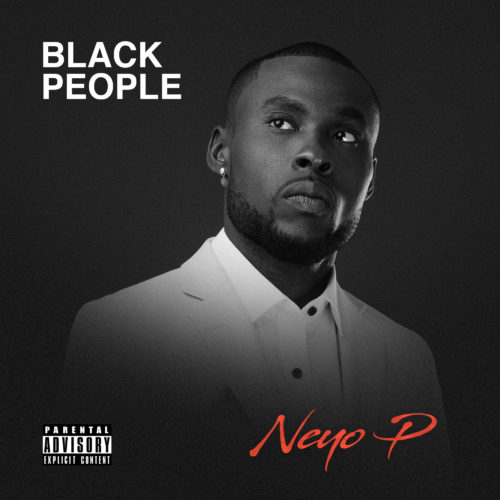 Neyo P, Nigerian hip-hop artist, based in Kenya and best known for his hit songs: “Everything Pure” and “Papi” featuring Kenyan songstress Pendo, has released his debut album “BLACK PEOPLE“. The album is a fusion of hip-hop, street rap and afrobeat genres, presenting 17 tracks and collaborations with Otee Beatz, Flowkillz and Mc Rome.

In singles such as “Faking Myself”, “Can’t Fall”, “Gbafun”, “Ayoju”, “Majomido”, “Black People”, he showcases his seamless rap flow in the slow tempo jams. Afrobeat anthems such as “Papi”, “No Time”, “Can’t Damiduro”, Kosoro” give the album the African tone.

He samples reggae some vibes in “Fake Love” and delves into street rap in the politically charged “Democracy” among other album tracks like “No Chatting”, “Call Back”, “Aso Funfun” and “Everything Pure”. 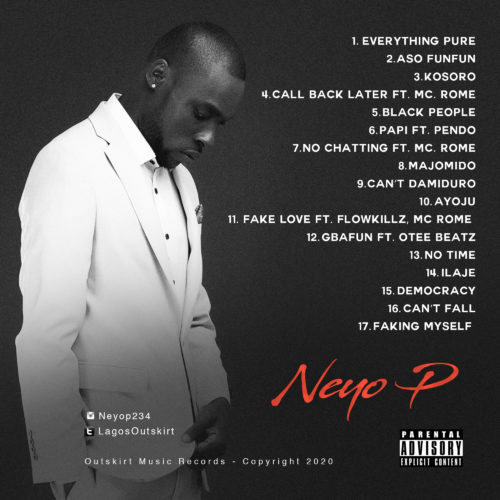 Speaking about the release of ‘BLACK PEOPLE‘, Neyo P says, “I am excited to finally share this with my fans. It took a long while and I am hoping fans are entertained and inspired, adding, “ Since relocating to Kenya, I have got so much support and love from my Kenyan fans especially after I released “Papi”. I am still working and collaborating with some dope Artistes around Africa and will keep the music coming.”

In “Black People” single and music video, Neyo P plays a troubled messiah who is later betrayed. Kenyan cinematographer Enos Olik delivers a moving picture, carefully scripted to resemble a biblical tale, capturing an emotional storyline, with Neyo P attesting never to give up on his journey. He concludes, “I am not afraid of anything … 2020 is going to be smoking hot, watch out for Neyo P as I have more music in the pipeline and featuring a couple of East African artists,” with some advice: “Failure is a great teacher and if you’re open to it, you will find that every mistake has a lesson to offer.”