Nigerian Artistes To Watch Out For 2021 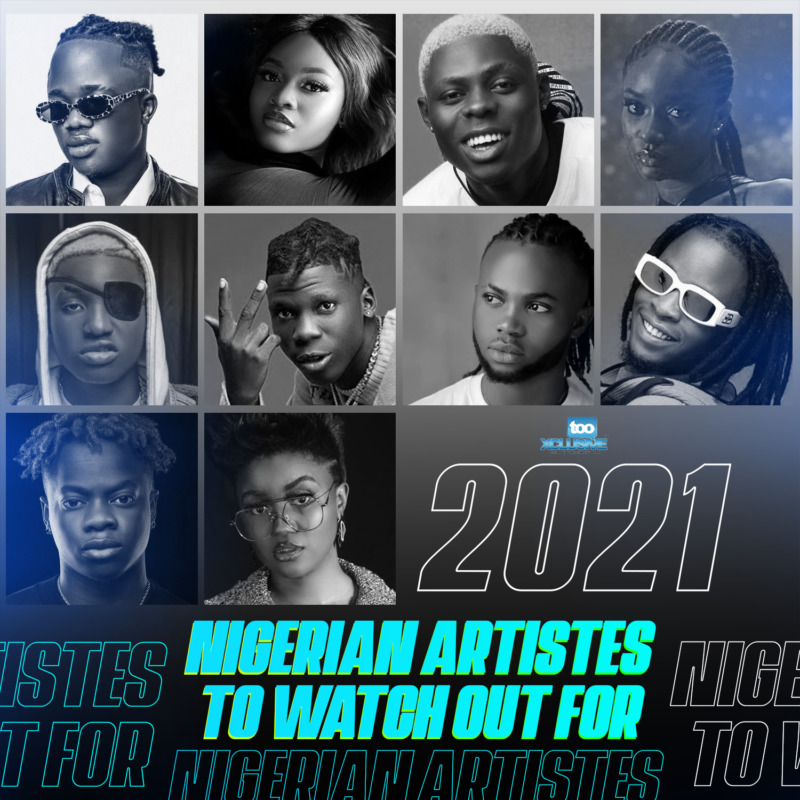 Believe it or not, 2020 still remains the best year in the history of Nigerian music. Even with the feelings of gloominess as a result of the pandemic, Nigerian artistes were still able to come up with amazing songs to lift fans’ spirits.

Artistes also experimented with different sounds, from the thrilling Amapiano sound to the contemporary Afrobeat we are used to. With all these changes, our fave artistes were still able to grow in their careers and also made way for other new outstanding artistes to give us some of the hottest songs of 2020. Some of these artistes were newcomers you haven’t heard of and others have been in the industry, but only gained recognition after blessing fans with banging tunes.

In This Article We Would Serving Y’all With A List Of Potential New Artistes To Watchout For This 2021 but before we start do get https://playamo.biz/bonuses-and-promos/ and you would be glad you did

Nigerian Artistes To Watch Out For 2021 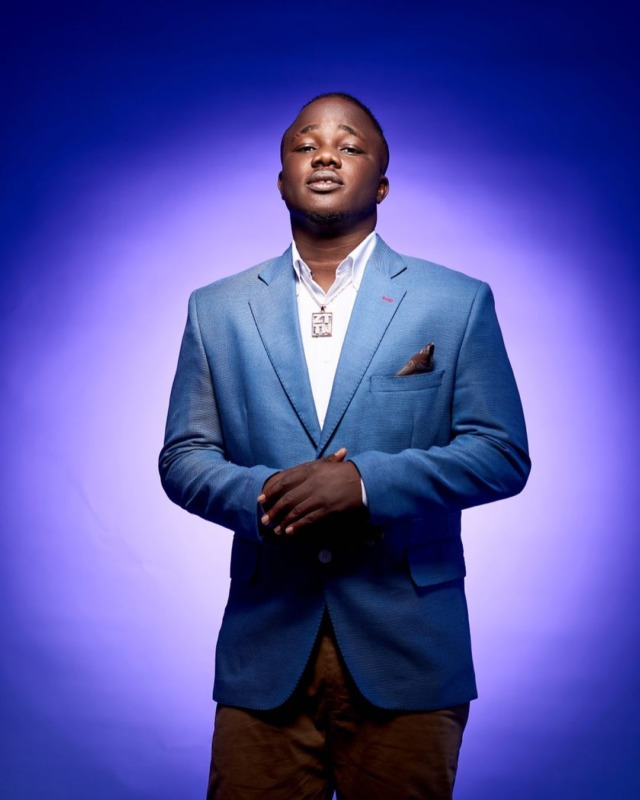 Very few artists venture into street music and actually hit it hard. Jamopyper however can easily be described as one of the few to have achieved this great feat in 2020.

Born and raised in Lagos, Jamopyper is an artiste with impressive vibes and swag. His major breakthrough came after he featured the mayor of Lagos, Mayorkun in his song, If No Be You.

This banging tune gained him the recognition he deserved after its release. Although the hit song ‘Of Lala’ with Zlatan Ibile created a buzz, If No Be You is the song that gained him the major fame he is enjoying presently.

In 2020, Jamopyper was nominated for the Headies “Rookie of the year” award alongside Zinoleesky and other newbies.

He is signed to Zanku records, a label record owned by Zlatan. Jamopyper is a singer who flows fluidly in the local Yoruba language. Jamopyper has established himself as a newcomer who is ready to compete with top artistes in the industry and we are here to see him do so in 2021, He has started the year already with Better Better. 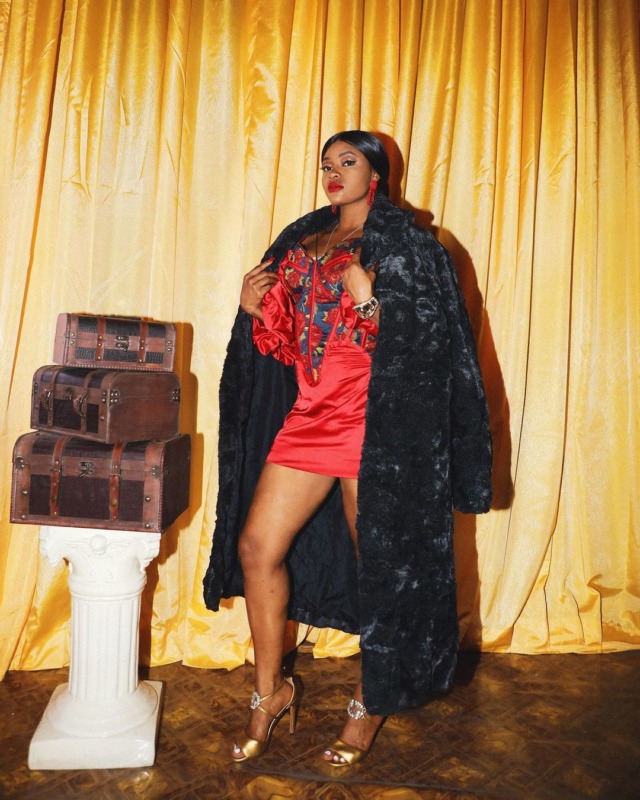 DMW Princess, Liya, may have only one debut song to her name, but it is impressive enough to earn her a spot on this list.

Abdulsalam Suliyat professionally known as Liya, is a creative afro-pop singer and songwriter. She is the first female artiste to be signed to DMW records in 2020. Enthralled by her captivating vocals and creativity, Liya soon became a fan-favourite in the industry.

With her debut song “Melo”, Liya was able to grab the attention of Nigerians. This made the song record a huge success. Lately, this princess has been teasing fans on her yet to be released Debut Ep. If this EP is going to be as amazing as Melo, then we can’t wait for it to drop. 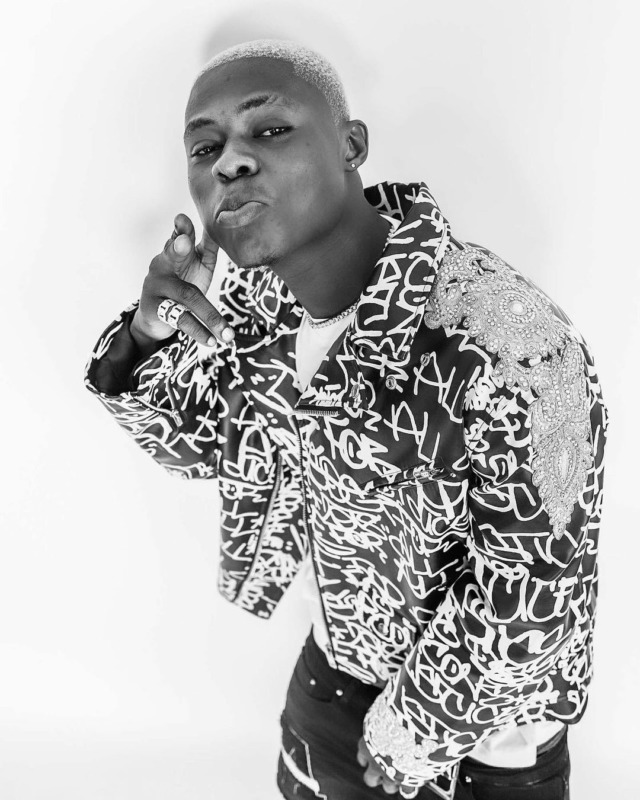 You might know him as the marlian that collaborated with Rexxie for the biggest street song  of 2020 Ko per ke, but what you might not know is  Mohbad has been in the industry since 2019.

Signed to Marlian Music, a record label owned by Naira Marley, Mohbad  is a talented artiste with raw vibes. He has collaborated with some of the “big dogs” in the industry like Naira Marley, Davido and Lil Kesh to drop buzzing songs.

In 2020,  Mohbad released his debut project with Marlian Music , an 8- Track Ep  titled Light ” which was well accepted by fans and lovers of street music.

He soon established himself as a marlian favourite when his songs gained massive recognition especially Ponmo and Marlian anthem. Mohbad might not be a newcomer, but he is an artiste we are expecting more from this 2021. 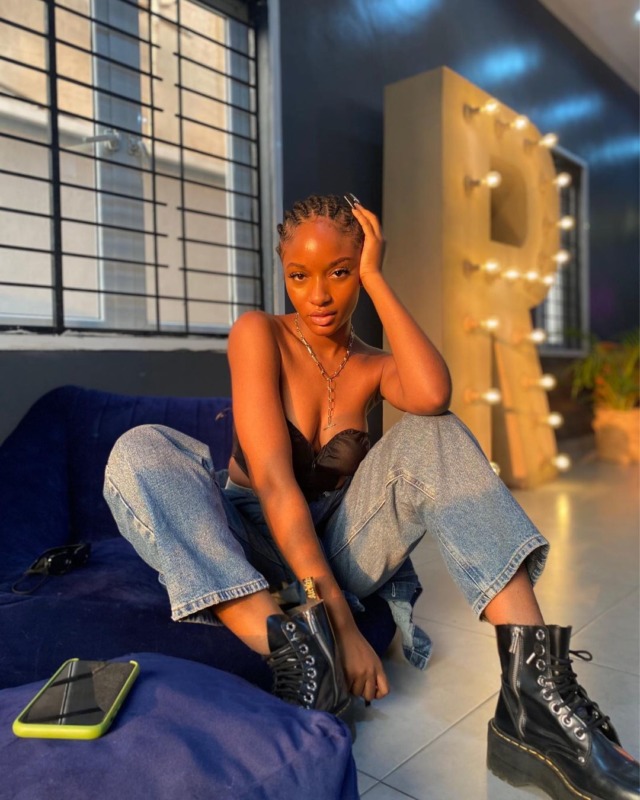 It would be a big shame not to have the breakout star of 2021 on this list. With a voice that is practically impossible to ignore, Ayra starr has successfully put fans in a spell they can’t seem to escape.

This new mavin signee is leading the music chart with her infectiously catchy Single “Away”. Away has over 11 million streams and steadily still trending since its release.  Starr is one of the few newcomers who have been able to achieve this great feat in a short span of time, maybe except for the king of Afrobeats, Rema.

Born Oyinikansola Aderibigbe, the Edo state artiste is primarily rooted in Afropop, trap and R&B. Though a newcomer, Starr has a natural talent to create music with an inescapable groove, definitely making her a fan-favourite. Her 5-track self-titled EP “Ayra Starr” served as a glimpse of her immense Talents yet to be seen.

Naysayers will say that Ayra Starr is setting the stage to be the new Tems or maybe be better than Tems.  The 18 year old is ignoring such criticism as she launches into stardom this 2021. 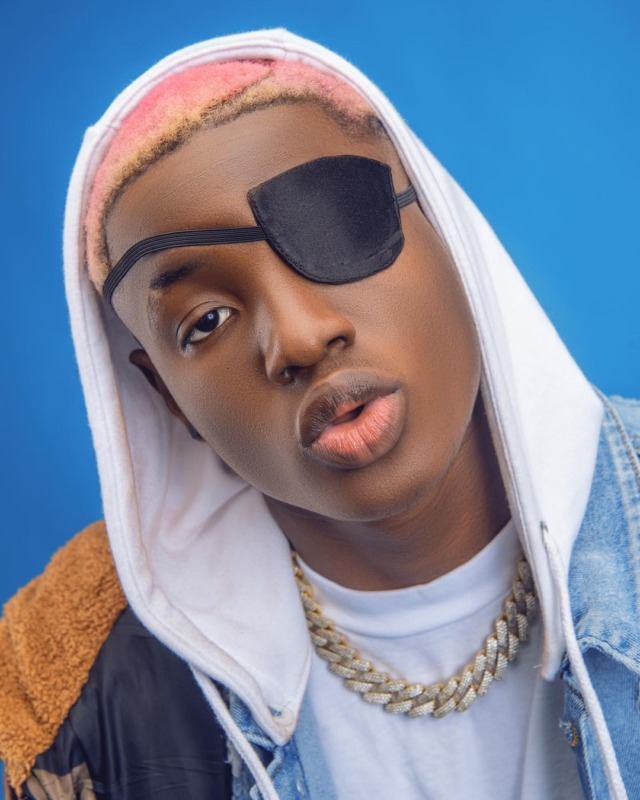 Ruger is a fast rising Afrofusion singer and songwriter. He is responsible for the debut song, “one shirt”.

Born Michael Adebayo, Ruger is an afro artist that shouldn’t be overlooked. He is signed to Jonzing World, a record label owned by D’Prince.

He came into limelight after featuring the king of afrobeats, Rema and D’Prince in his hit song “One shirt”. As expected these artists did an amazing job with the single and got people to pay attention to Ruger and his fire music.

Ruger is full of vibes and swag which he has successfully impacted in his songs like One Shirt and his newly released single “Ruger”.  Personally, the song Ruger seems to be his best work so far. It is lively, fun and shows the artiste’s ability to experiment with new sound.. 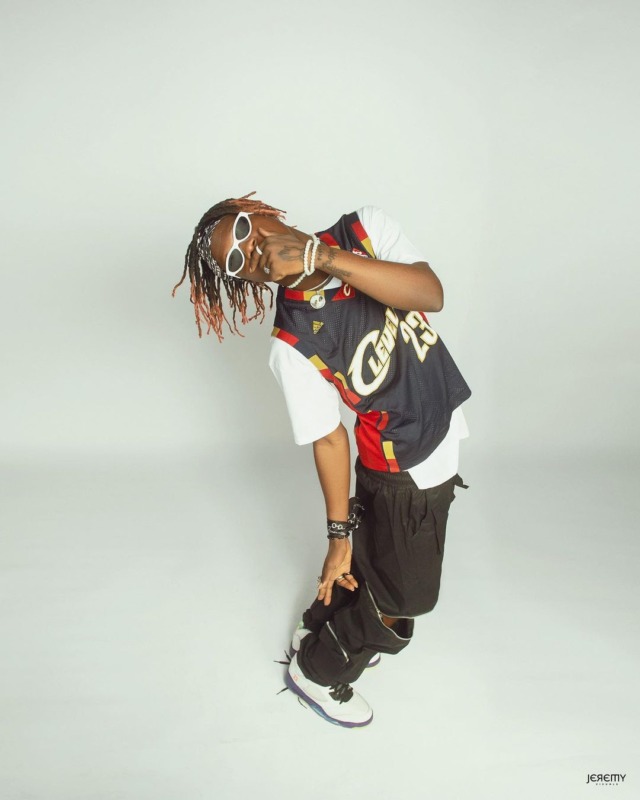 For anyone who has been following Seyi Vibez for a while, it may come as no surprise to find him on our list. Balogun Oluwaloseyi, professionally known as Seyi Vibez, has not slowed down since he released his hit song “God sent”.

Seyi’s motivating and inspiring street song “God Sent”, convinced fans to give his unique style of music a chance.

The Lagos born artist is independent and currently signed to no record label.  He began as a performer and later elevated his status by dropping buzzing tracks like  Catalyst, God sent, Dia Fada, Okay , Anybody, Normally which took his career to the next level.

This sensational street artist is determined to hit it big in 2021 with his inspiring songs.  Flowing fluidly between Yoruba and English lyrics, Seyi vibez is nothing if not a vibe. 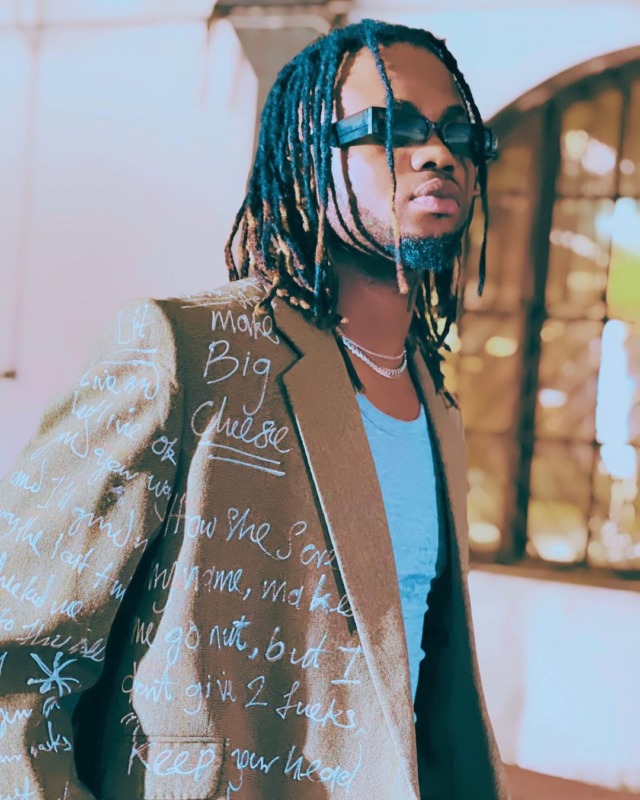 Nigerian Afro-rapper and Singer Favour Etuk, widely known as Kaptain is one of the few rappers to have found himself with a viral hit in 2020. This Motivational Rapper rose to prominence after his hit song “Money must Drop” was released.

He is presently a flowing artiste. In 2020, he released his 4- track EP with tracks like Chemistry, Problem, Gbese Gbese and In love. It didn’t take long for his hit song “Gbese Gbese” to go viral making his listenership grow.

It is normal for some artists to release two or more albums in a year. Towards the end of the year, Kaptain dropped another hit song “Lor Lor” off his 2 -track Ep Love ship. This hit song turned him into a social media sensation after various challenges started trending with the song.

Kaptain might have been in the industry for a while, but it was the past year that we really saw this afro-rapper hitting it hard. Kaptain is swiftly navigating his career towards success in 2021 and we are ready to see him win. 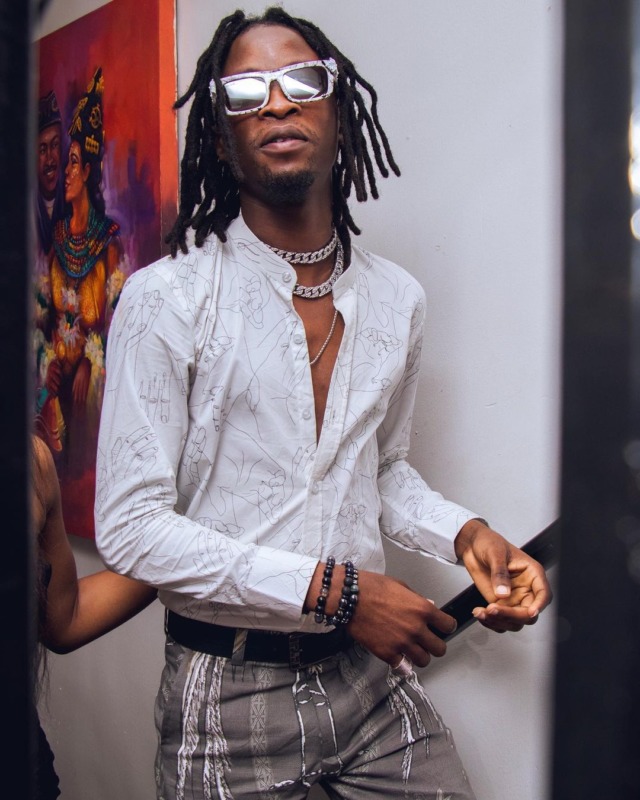 Olamilekan Agbeleshe professionally known as Laycon is an Afro-rapper and singer. He is widely known for his participation in the big brother Naija reality show (Lockdown season) where he emerged the winner and earned himself a cool #85 million.

Some fans might not know that Laycon has been in the industry since 2016. He hit limelight shortly after going for the show and gaining loyal fans known as “Icons”.

In 2016 he released his first EP, “Young Black and Gifted” and in 2019, he returned with his second EP “Who is Laycon? His second EP received massive recognition after he talked about it on the BBN show.

Signed to Fierce Nation Record, some of his hottest jams include Fierce Featuring Reminisce & Chinko Ekun, HipHop, Senseless. These hits have over 2 million streams and are steadily still trending till date.

Laycon collaborated with DJ Neptune and Joeboy for the Remix of Nobody. With Laycon’s smooth lines and swag, the remix turned out to be a must have on every playlist. He didn’t stop there, he dropped fire lines on Mr Real’s Baba Fela Remix Featuring Zlatan. Laycon’s rebranding of his style and music has definitely set  him on the right path for success in 2021.

Trod (The Return of Dagrin) 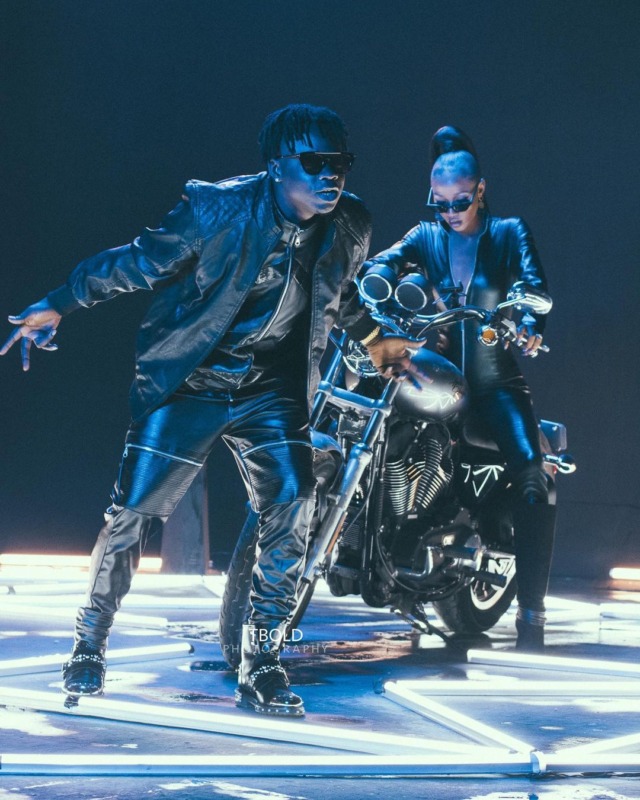 Trod is an indigenous rapper. Although Trod released his first single in 2011, he rose to prominence after his EP “The LivingGrin” was released in 2020.

Born Olanipekun Olatunbosun, Trod is a rapper that flows smoothly in Yoruba. He is currently signed to Missofuyin Entertainment.

Trod is the younger brother to the late Dagrin. He once said that he draws inspiration from Dagrin, one of the greatest indigenous rappers of our time.

His vocals, rap lines, street vibes are very similar to that of his brother. Some might say that he is living in his brother’s shadow, but Trod has shown that he is equally talented and possesses his own uniqueness. 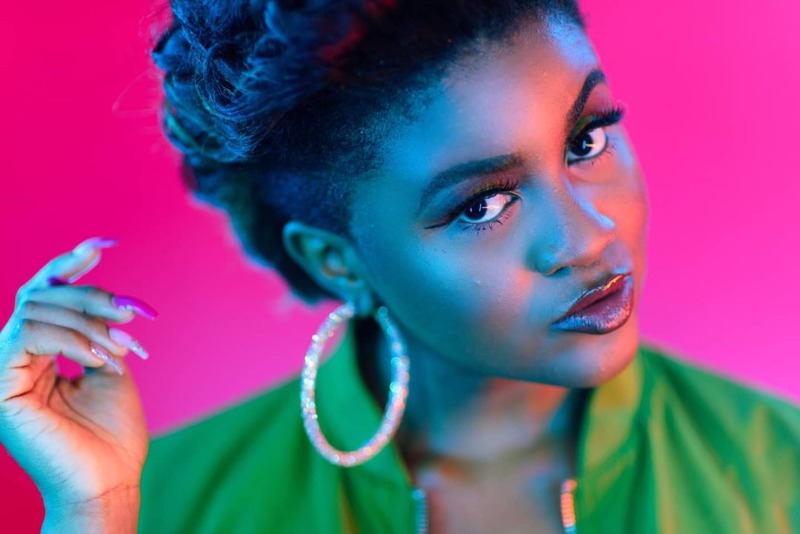 There aren’t many female producers in Nigerian’s music industry. It’s also very rare to see one who is a singer and songwriter.

Born Oladunni Lawal, Dunnie is one of the few we have come across to possess this rare talent. She is an independent artiste who produces most of her songs and also for other artistes. You know Sean Tizzle’s Pempe that you vibed to, she’s the genius behind that awesome tune.

Dunnie is exceptionally talented. With her silky smooth voice, she knows how to hook fans to her production. She made the soundtrack for Maggi ad in 2019 and also for Circo in 2020.

Her hit song “Overdose” off the Four Ep created the buzz she needed to re-introduce herself in the industry. With her powerful vocals, lively beats and Oxlade feature, it didn’t take long for the song to go viral getting her the recognition she deserves.