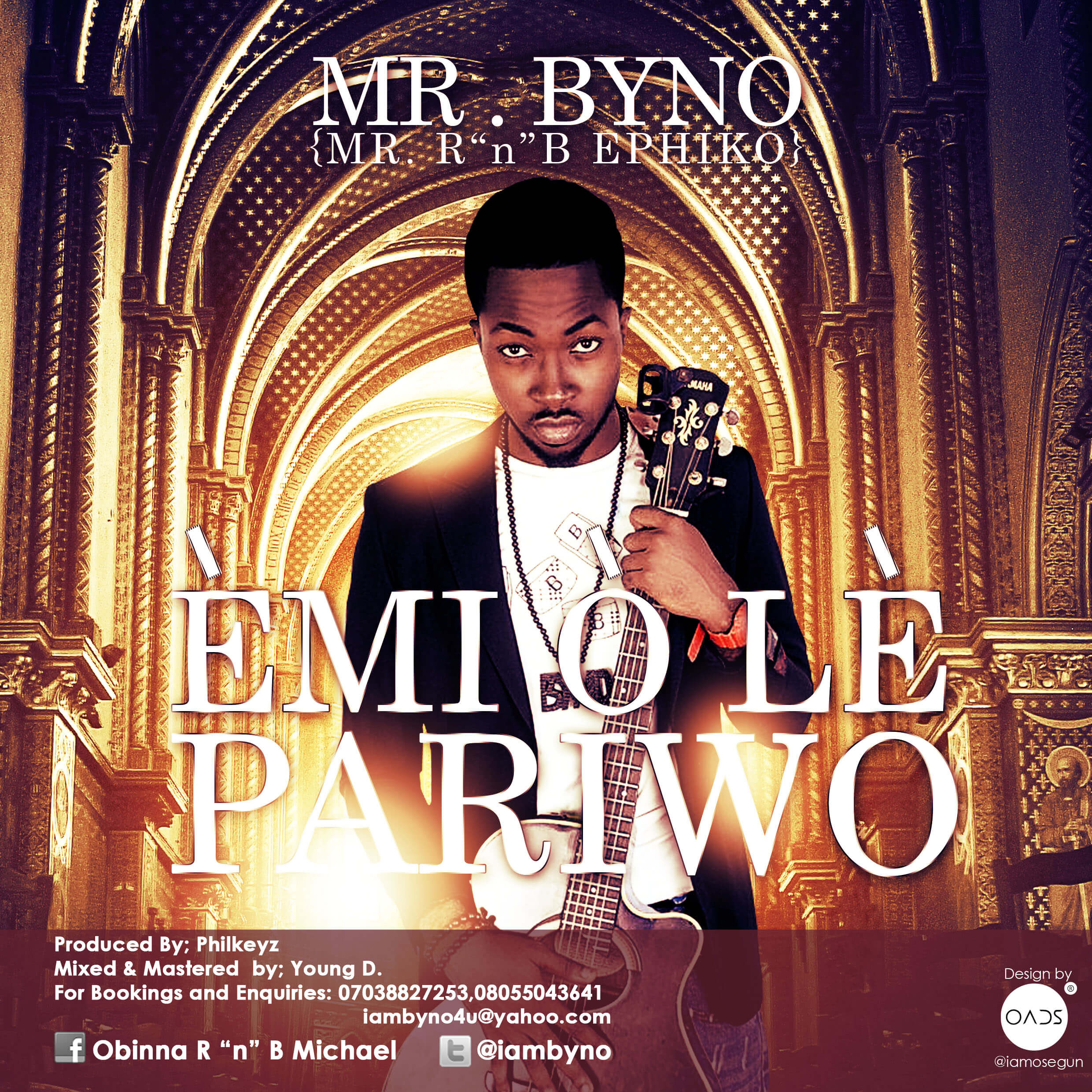 While the winner and finalists of the recently concluded ‘Nigerian Idol’ are having a ball, semi-finalist ‘Obinna Michael a.k.a Mr. Byno’ is grabbing the Bull by the balls in this high-octance single titled ‘Emi O Le Pariwo’.

The guitar-strumming vocalist who released his R&B influenced buzz single titled ‘I Choose You’ months back, abandons his guitar and rides on a club-friendly ‘Philkeyz’ crafted instrumentation. It is safe to say that ‘Mr. Byno’ doesn’t break a sweat incorpating a ‘T-Pain’ sample as he delivers a rich number that can make you dance up a storm.