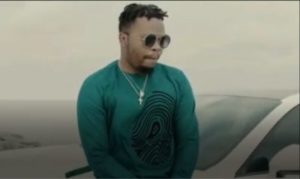 Olamide who has been the subject of backlash from Fans in the past about encouraging moral decadences in the society through is music has again incured the criticism of some OAPs in the industry.

Olamide who was recently featured on Lil Keshi’s new song, “Logo Benz” sang to stylishly legalise and normalise rituals (Blood money) on his verse on the song.

The YBNL boss sang, “If money no enter i go do blood money ooo.”

However, since the release of the songs, there have been a whole lot of drama online as to whether he is right to sing that line or not which is as a result of why the OAPs have expressed their disappointments int the music star whom they feel should be a role model to up and coming young artistes.

What do you think about that Baddo’s line on the song?

Do you think he is justified as it is just an ordinary song or you think he shouldn’t have sang that part at all as it could encourage young people to indulge in rituals?

Nifemi is a graduate of the University of Lagos. He's a unique user of the pen when it comes to the expression of whatever. He is editor-in-chief of the organization and also a writer of news, articles, editorials and a lot more to help expand the level of knowledge of the readers and simultaneously have them entertained. A lover of music and football is who he is and a Man Utd die-hard.
Submit your comment
15 total pingbacks on this post
Learn More