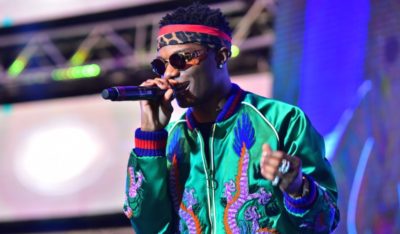 In one of the episodes of popular talk show, Everyday Struggle, famed rapper and talk show presenter, Joe Budden made a scathing accusation against some unnamed US artistes. The rapper accused these artistes of adopting Wizkid’s music composition style and his Caribbean sound, whilst refusing to buy the Starboy’s album, Sounds From The Other Side.

While having a discussion with his co-presenter, DJ Akademiks and two of their guests on the Everyday Struggle show, Joe Budden expressed his displeasure at the fact that some American artistes could adopt Weezy’s music style yet fail to purchase Wizkid’s #SFTOS album, which Joe Budden referred to as amazing. The rapper is known to have beefs with Drake, Migos and a list of other American artistes, and this accusation could be indirectly aimed at any one of his enemies.