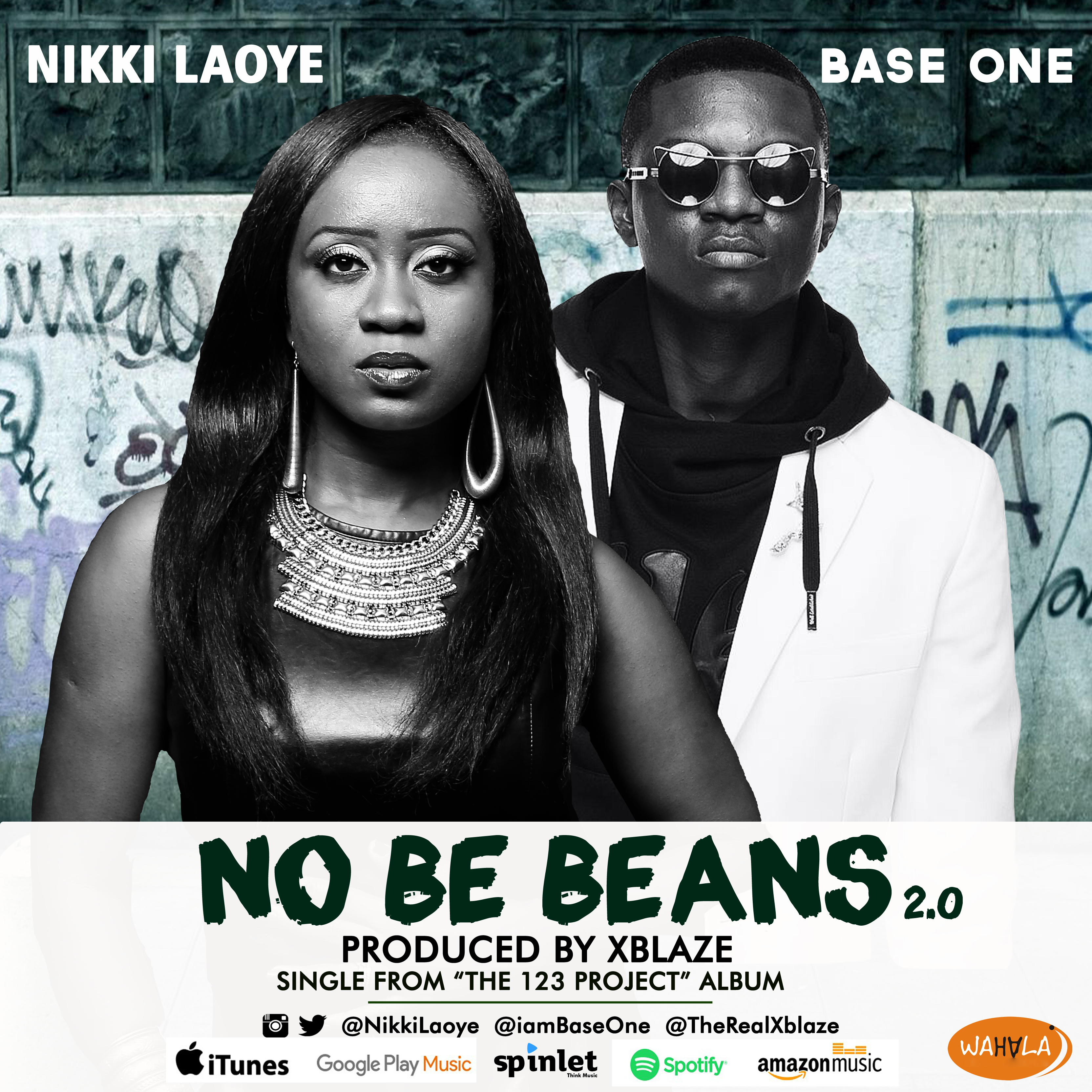 After a raving performance over the weekend at Port Harcourt and the persistent request for the catchy song of the night, Soul Singer, Nikki Laoye has just re-released her banging classic Hip Hop single, “No Be Beans” featuring the rave of the moment, Indigenous Hip Hop Artist, Base One (popularly known for his hit songs, “Ronaldo” and “Werey Re O” featuring Olamide and Phyno).
The hit tune, “No Be Beans, was earlier released in 2011 when social media and blogs were not readily available and it was finally included in Nikki’s recent studio album,
“The 123 Project”.
Produced by Ace producer/Nikki’s brother, Xblaze, the song showcases the engaging lyrical delivery by Nikki Laoye and Base One in a blend of English
and native Nigerian language, Yoruba.
Nikki Laoye – No Be Beans 2.0 ft. Base One (Prod. By XBlaze)
Tags: Base OneNikki LaoyeNo Be Beans 2.0XBlaze
Share160Tweet100Share40
Previous Post

BASE ONE teams up with his new management team Starz records and Aquila records to release this game beautiful love...