Niniola Joins “Eltee” To Deliver A Banging New Version Of His Single “LUCY”. 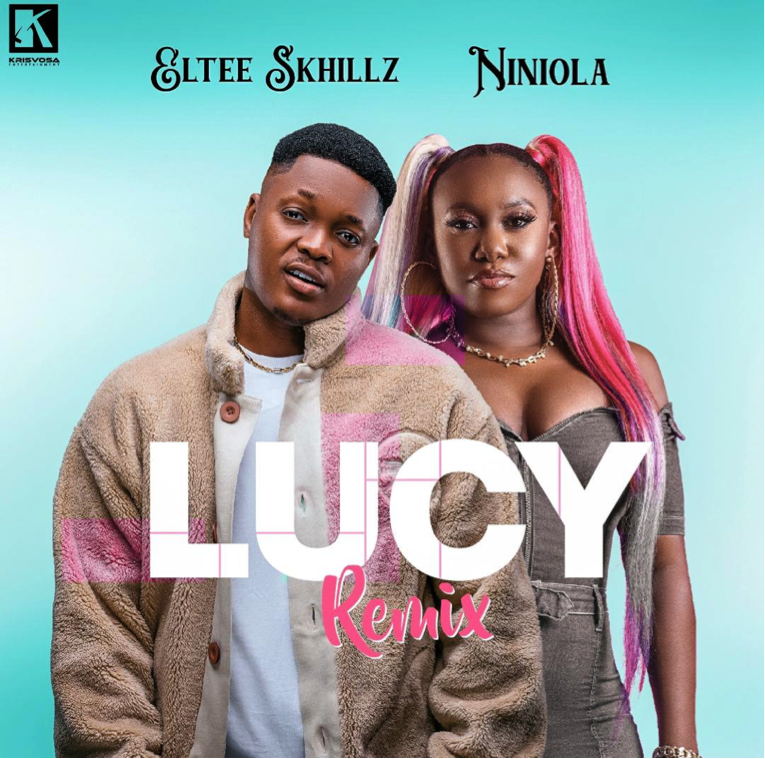 The Queen of Afro-House Niniola has teamed up with rising afro-beat talent ‘Eltee Skhillz’ on the remix of his recently released single LUCY. The song, which is part of his EP titled BODY OF WORK, is based on the goofy and naughty side of his ex-girlfriend Luciana.

He says; “Lucy was about the goofiness of Luciana who is my ex-girlfriend. I had the Lucy part as the hook of the song when I was writing the song. I simply remembered Luciana and the idea for the song took shape”.

Both artists’ delivery on the remix reflects a union of several years of talent and experience in the Nigerian music industry. Their first collaboration together, the remix of Lucy is poised to ride on the success of the earlier released version, which was produced by T4 and Kraybestz. Produced by Eternal Africa, the remix gets a major jolt with a fresh edge of Niniola’s house touch. Eltee’s vibe also comes through with the right tang, which makes for a pleasantly danceable number filled with the right mash-up of appealing sounds.

Marking his return to the music industry with the release of the original LUCY, Eltee stated that his songs are influenced by his personal experiences and when asked why he decided to work on a remix, he replied “I decided to do a remix for the song because I wanted to have a uniquely different version and give my fans a dance version of me while still maintaining the soothing appeal in the soul of the song”.

On his choice of Niniola for the remix, Eltee says “I featured Niniola in the remix because she was perfect for the song and is also the ‘Amapiano’ queen. I am also a big fan of hers”, he added.

A music video for Lucy Remix, directed by the prolific Clarence Peters is ready while the “A Body of Work? EP is set to be released in 2021. If his other works are anything to go by, a lot more of Eltee can be expected in many months and indeed years to come.

A graduate of Accounting and indigene of Ogun state, Eltee is no stranger to the entertainment sector. Marking his return to the music industry with the release of the original LUCY, Eltee, who has always stated that his songs are influenced by his personal experiences.

He is also known for combining R’n’B/Soul, Afro fusion and pop in his songs and is bold about trying other genres which was evident when he released TATAFO which was a blend of jazz and afrobeats, making for one very energetic track. If his already impressive record is anything to go by, we have a whole lot more to expect from Eltee Skhillz. The future of the fast-rising star is certainly bright!

CONNECT WITH ELTEE ON SOCIAL MEDIA

“Niniola Joins “Eltee” To Deliver A Banging New Version Of His Single “LUCY”.”, 3 out of 5 based on 5 ratings.