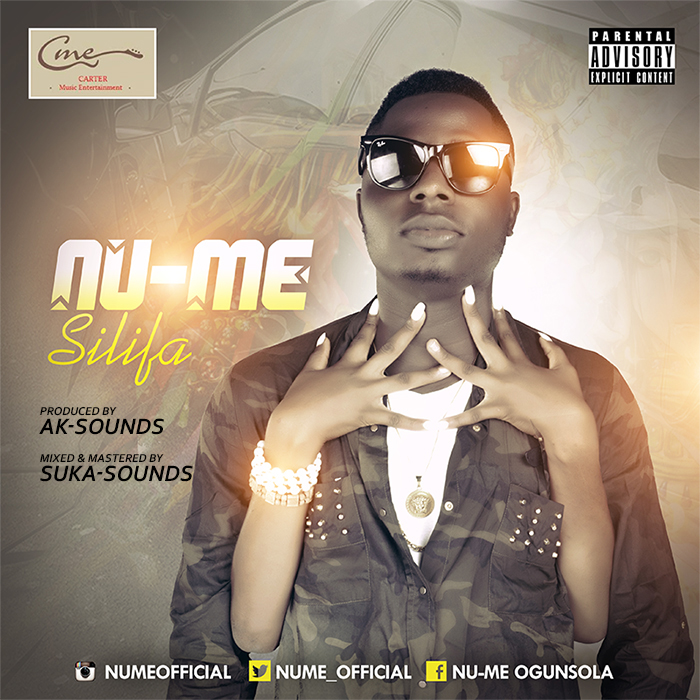 Kehinde Samuel Ogunsola with stage name NU-ME just signed a multi-million naira deal under the label of Carter Music Entertainment. NU-ME is a twin born into the family of 5, born and raised in Lagos state.

NU-ME who hails from Osun state is a Bsc. Holder having graduated from North America University, Cotonou. He started singing at tender age from the chair playing the keyboard. Music has been his thing and finally that he is discovered by Carter Music Entertainment trust me sky is the limit.

Nu-Me set out this first official released single to weigh peoples mind and see to the critics in other to give out best and not the least during his second single. SILIFA is a song you all need to listen to and give your comment. Track produced by fast rising young producerAK – SOUND and was mixed and Mastered under a professional supervision of E.M.E own guruSUKA-SOUNDs

Download SILIFA and you’ll get yourself dancing to it

VIDEO: Kach – Get Up

Song Written by Portable and Barry Jhay - "All Eyes On Me Lyrics"... "All Eyes on Me" featuring Barry Jhay...