OAP Dotun Blast Falz And Dammy Krane For Shunning Him 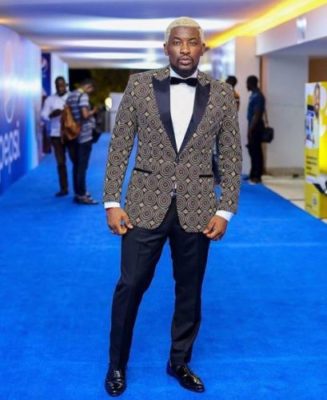 Nigerian On-Air Personality, Video Jockey, Event Host/Master Of Ceremonies, Hypeman, Actor and Media Enterpreneur, Oladotun Ojulape Kayode popularly known as Dotun has expressed his anger at both Falz and Dammy Krane for failing to show some appreciation after he played a role in their journey to become established stars. Dotun talked about how Falz used to send him his songs from London in order to have them played on Cool FM which he always did.

He is however bitter that after his assistance, the rapper never showed appreciation. Dotun also talked about how Dammy Krane shunned him at a club. He said they used to be friends and was surprised and bitter about his ungrateful attitude.

Both Falz and Dammy Krane are surely not in the good books of Dotun, but we just hope this is swept under the carpet to deter further rising bitter escalation.

Audio: OAP blasts Falz and Dammykrane for shunning him after he helped them become stars