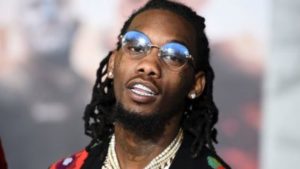 It’s been a month of ups and downs for Offset. The rapper has been experiencing a publicized breakup, which recently culminated in a romantic gesture gone wrong.

Yet during the relationship fallout, many fans have been more concerned about the rapper’s laxative solo album, which has since been pushed back indefinitely; while hardly concrete, Cardi seemed to believe that it wasn’t dropping in December at all, implying a 2019 release date.

In any case, Offset came through to provide his supporters with an uncertain, though encouraging message: “I T S S T I L L O N T H E W A Y,” he writes, posted up alongside the whip.

Of course, during a familial feud, an album release can feel like the least of one’s worries. Still, it’s good to see Offset taking the time to interact with his fans, even if he is, for all intents and purposes, a man on a mission.

Hopefully, the Migos rapper can find some peace and reconcile with those he has wronged. We’re not quite sure whether a 2019 Offset drop will have a butterfly-effect-esque impact on the third “Culture”album, but I suppose only time will tell.