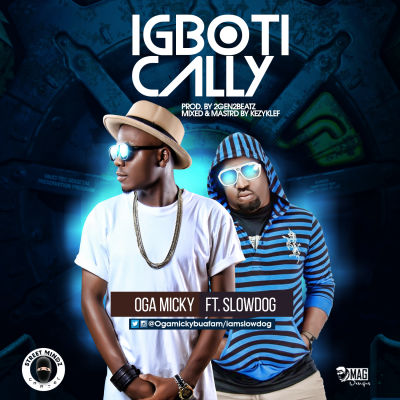 Great news for Oga Micky fans: He’s been on a roll since 2015, and he’s not slowing down. His latest club banger doubles up as a powerful statement from the South Eastern music scene.

“IGBOtically“ is a statement of intent from a young artiste who knows where he’s headed to. If Igbo rap was a bestselling novel, consider Slowdog the editor-in-chief. Oga Micky plays the Prima Donna with Slowdog filling out the role of Consiglere on IGBOtically.

This is what happens when a worthy protege and a veteran goes in hard on a dream project. This song will definitely be one of the talking points of the year. The production by 2gen2beatz is top notch. For a song having Slowdog on it, a five-star rating is not a distant possibility.