Oladips Dumps Reminisce’s Record Label, Blasts Him On New Diss Track As He Reveals He Made Him Sign Fraudulent Deal

Previous: Burna Boy Shares Rare Picture Of Himself & His Dad Having Intimate Conversation
By Taiwo Oluwafemi | Jul 1, 2019 | 13:59 - Leave A Comment 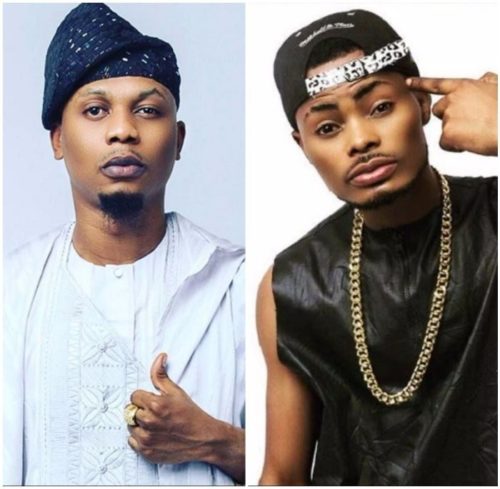 Oladips in a way to put some truth in the report, has removed the name of Reminisce’s record label from his Instagram page, deleted all previous posts, and now posted the artwork to his new song with cryptic captions.

Oladips also was granted an interview with City FM and he revealed if there was one thing he would have done differently regarding his music career, that would be never to have signed a record deal. Which in essence means he regrets signing to Reminisce’s record label.

#creativeindustrynarrative #ownership #copyrights #contracts? ? Oladips regrets signing with Reminisce. ? ? Nigerian upcoming artists chasing fame and fortune are like baby ANACONDAS… ? ? ?. You feed them and they will swallow you in a few years. Especially when the business is not done right. ? ? When their expectations are not met. You are introduced to a new person totally….. Sometimes, as it should be. ? ? To minimise the risk, I always advice against signing any artist that has not built a movement of his own…. Before investing millions of Naira, the artist should have invested hundreds of thousands of Naira, and built a business that already sells products.

In another move to further authenticate the story, Oladips has released a fierce and hot diss-rap track to tell the stories of all that happened between himself and Alaga.

He also confirmed in the record that he has truly left the record label as well as wished he never signed the deal in the first place.

“Oladips Dumps Reminisce’s Record Label, Blasts Him On New Diss Track As He Reveals He Made Him Sign Fraudulent Deal”, 5 out of 5 based on 1 ratings.