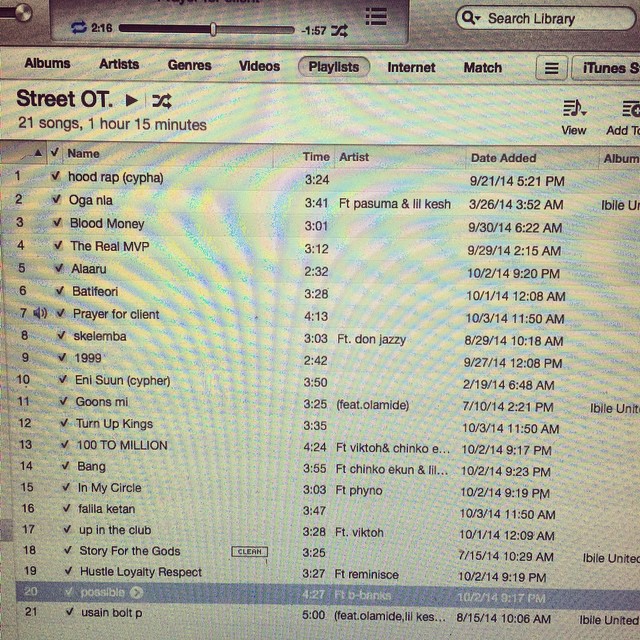 King of the street ‘Olamide Baddo’ took to his social media pages (Twitter & Instagram’ to announce his 4th studio album which would be released on 14th November, 2014!The ‘story for the gods’ crooner has since over the years released 3 albums which included the highly successful “Rapsodi ” ‘Yahoo Boy No Laptop (YBNL) & Baddest Guy Ever Liveth’.

See his tweets below confirming the release! That album is titled ‘Street OT’ and reportedly contains 21 tracks.