Olamide – Ese + The Change We Want 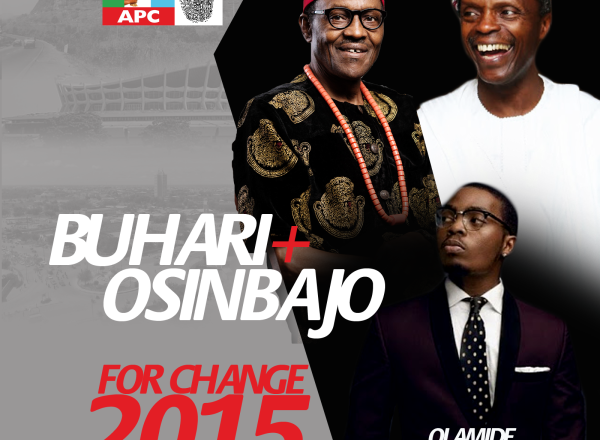 Indigenous rapper Olamide has expressed his support for the All Progressives Congress (APC), after featuring on previous campaign records at the Lagos state level, the rapper has finally endorsed the APC presidential candidate Muhammadu Buhariand his running mate, Yemi Osinbajo.

The first record is ‘APC Ese’ (Thank You) while the second is titled ‘The Change We Want’.