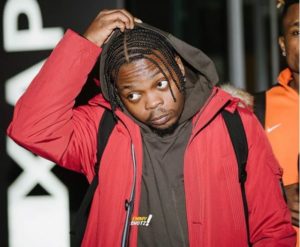 Fans of Olamide’s YBNL must have been left disappointed after the rapper took to his instagram page to slow down their excitement for the forthcoming “YBNL Mafia” album.

The rapper and singer took to his Instagram page to announce the postponement of their incoming album; “YBNL Mafia,” which features every artiste and producer in the record label.

Olamide who announced in the latter stages of November that the album will be dropping on the 7th of this month has now shifted the date by a week.

He says the album will now be dropping on the 14th of December, 2018. He says the reason for the postponement is because they want to give their fans “rich and quality sound.”

Guys,sorry to announce the @ybnlmafiafamily album release date is now 14/12/18 … reason being that we want to give you rich and quality sound. Abeg help me beg @mixinzeenofoster to do sharp sharp na him de delay us now oh ? I done go ?????