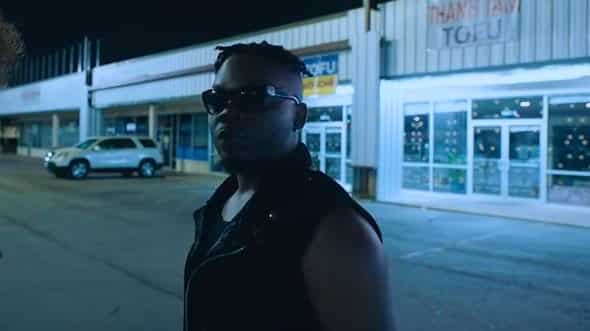 Have you seen the video of your favourite song – Kana? Other than the absence of Wizkid in the video, did you notice the shootings and killings on display? Are you thinking what I’m thinking – that the NBC people are watching it and waiting for the right moment to strike?

Already the video is doing quite well, with a number of views close to a million in just about 5 days and the running comments about the newness of its concept, the full display of gangsterism by Olamide and the absent Star boy. But as the number of views grows so also is the concern that the dreaded NBC gavel has already been raised and could be coming down on the video anytime soon.

And would you be surprised? The broadcasting watchdog follows a doctrine that reads, “to promote generally accepted social values and norms as well as civic and social responsibilities.” It is on this basis that they banned Olamide’s Wo!, Davido’s IF, 9ice’s Living Things and very recently, Vibe by Tiwa Savage. The agency has shown intolerance for social topics like fraud, sexual indecency, drug abuse and surprisingly, alcohol. The approach of the agency gives an impression that it sees itself as the moral conscience of the entertainment industry.

So it shouldn’t be much of a surprise if the body frowns at the portrayed violence in the Kana video. Even if it comes as a surprise to everyone else, to Olamide, it should feel like receiving an order for a product that was placed earlier. He should see it coming, especially considering his rough history with the NBC over the content of his music and videos. Recall that Don’t Stop, Falila Ketan, Bobo were hit with the ban. Remember how Wo! and Science Student, in succession, were declared unfit for broadcast. I’m guessing Olamide is the artiste that has been hit with the NBC ban, the most number of times.

Honestly, the Olamide-NBC thing feels like a Tom & Jerry situation where every move Baddo makes gets the flak. A song like Science Student that has several mentions of drugs in its lyrics, should have been spared, at least for the fact that these drugs were mentioned in the context of admonishment and not encouragement. The careless banning of Olamide’s songs by the NBC might be the reason he seems to have reached the point where he no longer cares.

“How effective is the ban anyway?” must be his thought as he settled for the concept of the Kana video. The NBC ‘ban’ usually comes after the song or the video has gained traction. It usually comes when fans already have the audio on their devices and after the video has been made available for viewing on YouTube. Even when the song or video is announced as unfit for broadcast, it only covers traditional broadcast platforms – TV and radio, which is little or less of a source of revenue to Olamide compared to his income from streams and views on digital platforms.

In fact, from the decision to involve Asians in the video and the Kana sound template, it is obvious that the YBNL man has his sight set beyond the market that the NBC is blocking the entrance to. Olamide seems to have his eyes set on the international market that, of late, has been attentive to the sounds coming out of Nigeria and increasingly receptive of our music. The local broadcast channel can remain under the lock and key of the NBC while new channels of broadcast are increasingly opening up to our artistes. Olamide seems to have recognised this and is starting to make use of the new openings to get past the NBC restrictions and achieve his goal. The Kana video appears to be an early step to what might become a revolution against the powers that be. Other artistes whose artistic expressions are being confined by the strict rules of the NBC, are sure to take cue from Olamide and find ways to get their content out with fear. If we cannot find our Olamide & co. on TV or the radio, we know where to go.

I have magic in my hands and I'm excited to be sharin' it with the world.
Website
Submit your comment
2 total comments on this postSubmit yours
Popular Posts