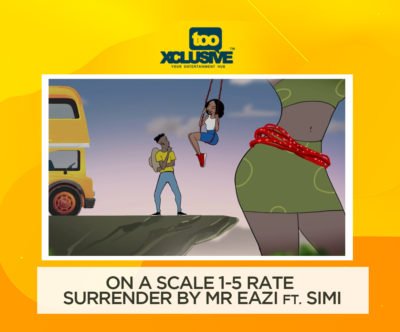 “Surrender” by Mr Eazi featuring Simi is one of the top hits off the “Lagos To London” album. The song has received a lot of attention since it release especially with the animated representation of the song.

Surrender appears an 95% of Nigerian music lovers playlist. Many music lovers can agree that the song is a dope jam that you can’t hate on.

Well if you were to give the song “Surrender” a rating from 1 – 5, What would be your score or star rate for the dope jam?