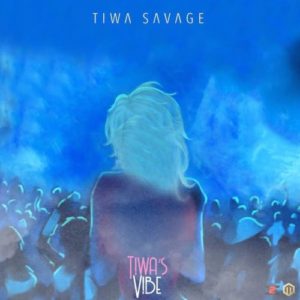 At the upper echelon of the music industry there aren’t many ladies operating there. Among this endangered specie, Tiwa Savage is perhaps the most popular and celebrated. They call her the Queen of Afro-pop and she held on to the title by consistently releasing hit singles & making major moves.

But the seasons changed especially in her personal life where the wild wind of divorce and social media troubles threatened to blow away her pride and self-esteem.  She lost her balance and her cherished title would have been stolen from her if she didn’t pull a strong redemption campaign through the release of a solid EP with an immensely impactful lead single. Now, her title is secured and her pride restored.

Tiwa looks to strengthen her hold on her ‘Afro-pop queen’ title with the release of a new material titled Tiwa’s Vibes. Our thoughts on the new song is detailed below.

@dahnielz It goes without saying that Tiwa Savage is this industry’s First Lady, only she and a few other male artistes have the power to burst our speakers continuously. That been said, Tiwa took her time in dropping her first official single since 2018 began.

The Mavin Record songstress finally decided to bless us with “Tiwa’s Vibe” a song we have all longed for since the snippet dropped.

Tiwa’s vibe as its name implies started out with head shaking vibe all thanks to the producer. Spellz is no doubt one of the best afrobeat producers this industry has. Basically, Tiwa Savage just wants you to vibe to this, shake your head, drink some booze, move your feet and sing along.

Tiwa’s vibe is definitely not a bad way to start the year, I have a feeling it is one of those sleeper hit singles that will take its time to buzz through every speaker and headphone.

@ibironketweets We have known and accepted Tiwa for her sultry singing specialty – her dulcet vocals, her sketchy but posh lyrics but she’s been showing new sides to art these days with crude and cheesy compositions like Diet that has boosted her ranking in the streets.

Similarly on Tiwa’s Vibes, Tiwa shows preference for words like shayo over Hennessy. She sings about Aunti Sikira & Broda Peteru and it’s clear that she’s enjoying sitting in the spot where she can make Wizkid-type of music that appeals to both the Island & Mainland audience.The production supply from Spellz is just as mellifluous as Ma Lo, except on this record Tiwa goes in on her own and she delivers a material that would serve as a perfect Nigerian party opener.