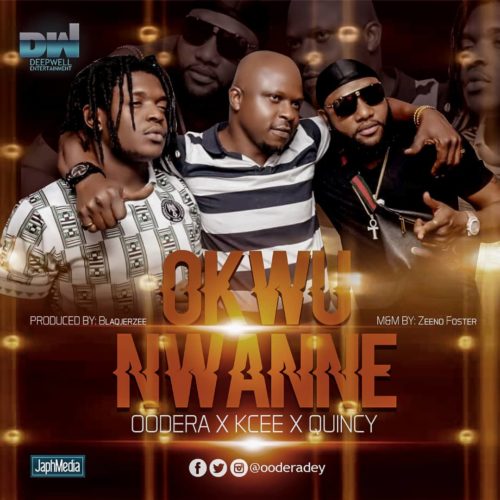 DeepWell Entertainment presents the first single of the year from its Front line act “Oodera” with this song titled Okwu Nwanne.

The Song which was Mixed and Mastered by Zeeno Foster delivers the exact human Message… Download, Enjoy and represent your true humanity….