Orezi & Nigerian Actress, Yvonne Jegede Spark Dating Rumours After Romancing Each Other At An Event 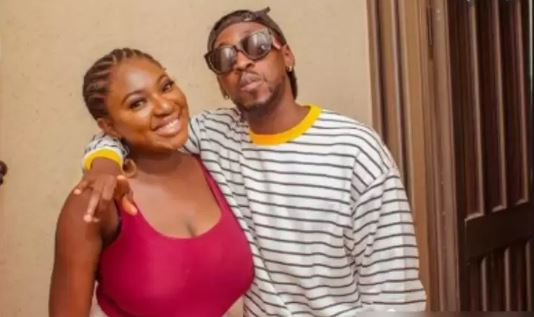 Singer Orezi and award-winning actress, Yvonne Jegede have sparked dating rumors after they were spotted romancing each other at an event.

Yvonne Jegede about a year ago confirmed that her one-year-old marriage to Olakunle ‘Abounce’ Fawole had crashed. There were speculations that the actress moved out of her husband’s house because of her affair with Orezi. This is, however, yet to be confirmed and a video of both of them romancing each other making round on the internet has added more furl into the already raging fire.

In the video,  Orezi and the actress were seen cuddling and romancing each other at an event. Both celebrities looked so much in love and couldn’t get their hands off each other