Organizers Of Headies Awards Are Not Properly Schooled – Yung L 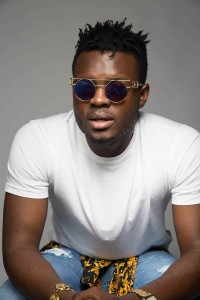 Rapper Yung L, has registered his disappointment with the organizers of the Headies, following last year’s drama involving singer Tekno and his nomination in the Next Rated category.

“I don’t like talking about Nigerian awards because I just think if you are using that as a yardstick for your career you’re just going to be sad. It doesn’t make sense, first of all, you nominated Tekno for Next Rated category, Tekno is definitely not next rated, the boy is overrated already, like he has passed that, so that didn’t make sense.

I think he saw that for himself, he didn’t want to fight with anybody so he just gradually walked out, and I respect that, It’s what he wanted. “I think he felt that he was bigger than the award, if they nominated him for other bigger categories, it would have made sense, but next rated, no, it didn’t make any sense at all. I think they need to understand what next rated is, maybe they think because of the prize that comes with it is supposed to be for certain big artistes, but next rated is supposed to be the person that is next rated basically, not somebody that is already gone past that level”