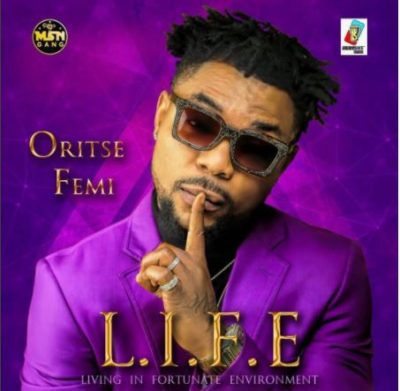 Musical taliban, Oritse Femi had earlier put out the artwork of his forthcoming L.I.F.E album on Instagram. The singer has now followed up the post by releasing the tracklist of the well anticipated album.

The unveiled tracklist, shows the exciting line up of collaborations on the album including the tracks featuring Olamide, Lil Kesh, Ladyluck, smallDOCTOR, YOMI.

Brand new album ” LIFE ” hope you are ready for this great one ?