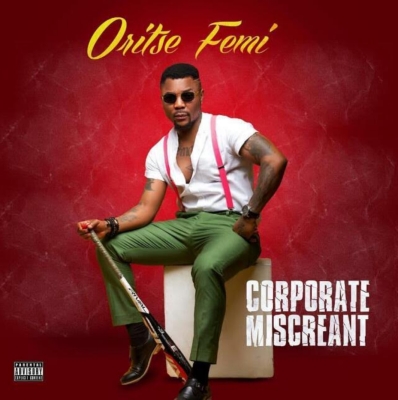 With the album title already generating some sort of buzz, the ‘Double Wahala’ crooner, has finally explained his reason for choosing such title.

‘Corporate Miscreant means an abuse of responsibility. The society is scary with lots of ungodly acts! Nobody is responsible for anything any more. No one protects children. People don’t respect marriage any more. There is abuse everywhere. We don’t have great role models again. Everybody runs after money. These are signs of evil. However, as an artiste, I have to sing about it. I need to let the world know what is going on in our society. We need to curb this.’

On how long it took to record the album, Oritsefemi said:

‘I have been working hard on this project since last year. I’ve had ups and downs on the project. But we have fortified ourselves. We didn’t allow challenges to weigh us down. This is the right time to kick off.’

Lil Kraine – “Tears In The City”