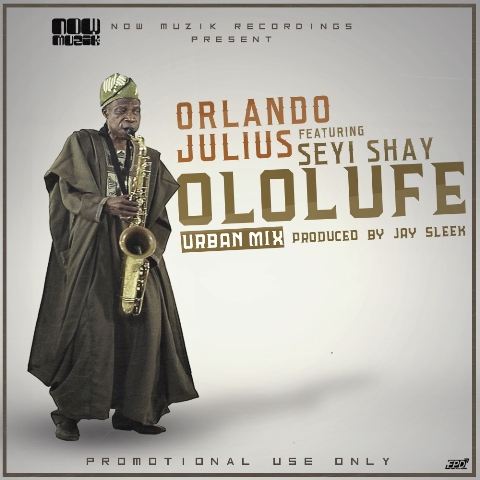 2015 kicks off with the release of Orlando Julius‘ OLOLUFE (urban mix) which was produced by Jay Sleek and on which he featured Seyi Shay.

The song which was put together and is being released under the Now Muzik Recording imprint is a re-make of the saxophone maestro’s ’94 hit classic OLOLUFE. OLOLUFE (urban mix) is a collaborative effort that involved some of the best talents in the game right now including Joan Ekpai who was on the backup vocals, Eniola Akinbo p.k.a Niyola who co-wrote, Sean Stan of Vintage Sounds who mixed and mastered, and Efe Omorogbe who charted the A&R direction of the project from the beginning.