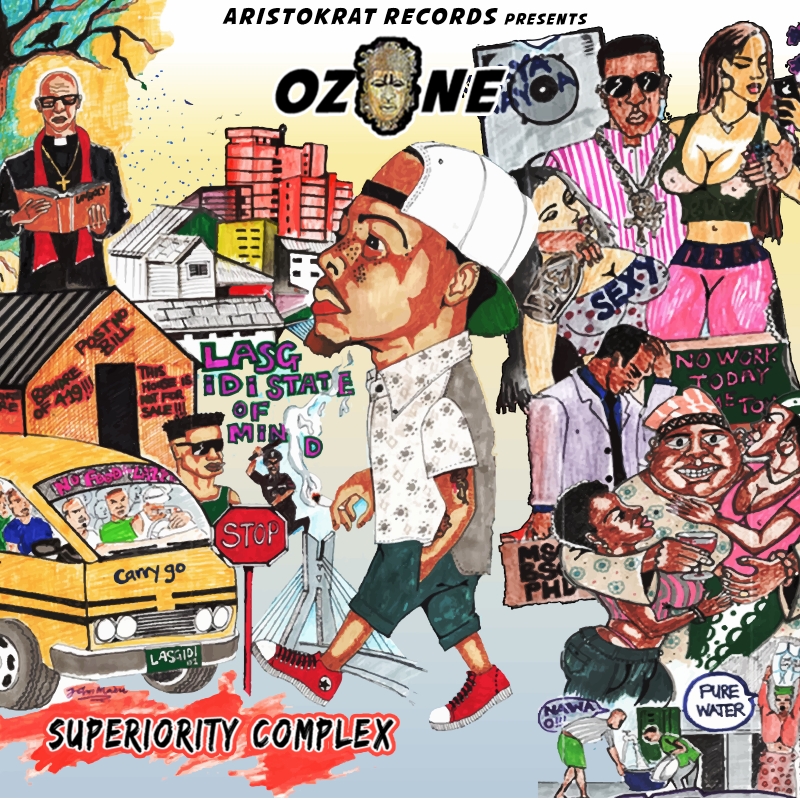 Aristokrat Records/960 Music rapper Ozone just dropped his first mixtape titled SUPERIORITY COMPLEX. The mixtape was produced by Leriq, Aristokrat/960 Music in-house producer. Ozone is relatively new to the Nigerian rap scene but he has proven to be one to watch. With the release of his first single ‘All night’ under Aristokrat Records last year, he made waves within the Nigerian music industry and his music has continued to turn heads. Ozone dropped three hot singles: “In The Morning”, ‘’Look Twice’ and “1000” off his mixtape back to back.

He also recently featured on Leriq’s monster hit ‘Comment Tu T’appelle’ According to Ozone, SUPERIORITY COMPLEX is the start of great things to come. He plans to completely transform the Nigerian Rap scene, and audiences will be amazed by the complexity of his mixtape. SUPERIORITY COMPLEX is available for purchase on iTunes and Spinlet.

“Superiority Complex” awaits after the jump also listen/download “Mercy” featuring Wizkid off the mixtape and drop your comments below!