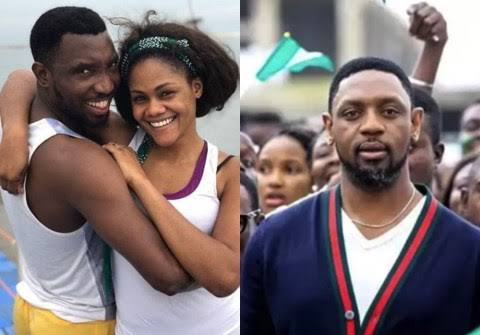 Pastor Biodun Fatoyinbo, founder of Commonwealth of Zion Assembly popularly known as COZA has distanced himself and outrightly denied the rape allegation made against him by Timi Dakolo’s wife; Busola.

You all would recall that Busola in an interview that has caused the internet to be on a total shutdown since the early hours of Friday, 28th of June 2019 revealed she was raped by the popular pastor while she was a teenager.

Pastor Fatoyinbo has however, broken his silence concerning the already wide-spread saga as he has publicised a press statement to relieve himself of any wrongdoing.

Pastor Fatoyinbo in the statement denied all the allegations made against him as well as revealed he would be taking a legal action against Busola Dakolo and her family.

The pastor further revealed she is only trying to tarnish his image and bring down his church.

The man of God also added that he has never in his life raped anyone before even when he was an unbeliever and that such stories about him are treacherous and impossible.