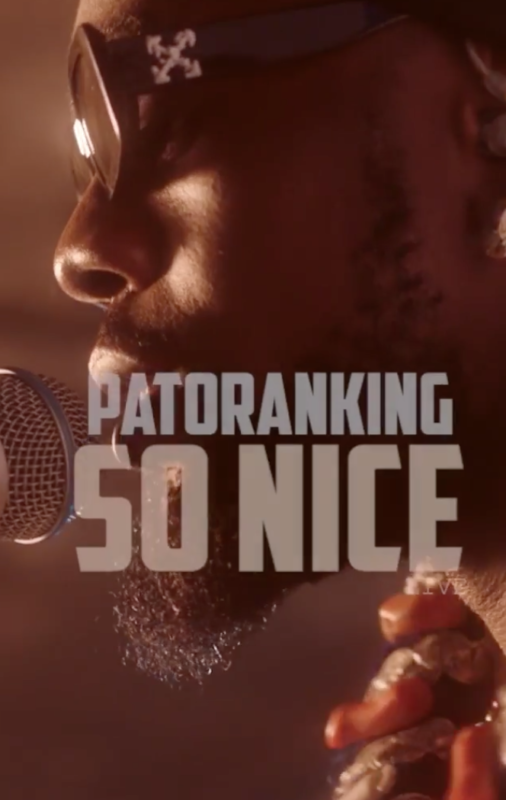 Patoranking comes through with the Live Acoustic of his 2009 song “So Nice”, one of his early release before fame.

Talented Reggae and dancehall act, Patoranking recreates one of his early beginning – “So Nice“. The song was released in 2009, years before he got signed to Timaya’s Dem Mama Record and released his debut ‘Alubarika‘. Not everyone knows him with this tune.

So Nice is a song that stands on strong lyrical pillars. Originally created in 2009, Patoranking releases this acoustic live version for his fans to enjoy.

Life Is “SO NICE” Let’s Stay at Home and Stay Safe ?? 1 Love… these are words from Pato. Listen to the shared Acoustic version below.