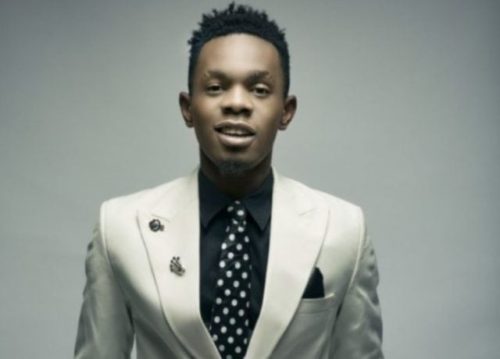 Patoranking has released the artwork and release date for his incoming album; Wilmer.

This definitely would be an exciting morning for Patoranking fans as the singer has unveiled the release date and art work to his forthcoming album; “Wilmer.”

The singer took to his Instagram page this morning to reveal his album”Wilmer” would be dropping on the 24th of May, 2019 as well as an exciting cover art which accompanied the post.

You guys would recall Patoranking set music fans in the mood to expecting an album from him when he made a luxury neck piece in London earlier in the year that carries the inscription; “Wilmer” which he reveals will be the name of the incoming album.

The singer already has a song released off the album; “Confirm” which features Davido, a song likely to be the lead single of the album.

When this album drops, it will make it Patoranking’s sophomore album after he dropped “God Over Everything” in 2016.

Dearest Wilmer, My blessing from above, Before I was introduced to you, I knew you, My new tribe, We grew, Steps we took, Days I flew, Sunrises too, We are glued, Through unconditional love, Our souls intertwined, Our bond, purest at its core, In disbelief that you are mine, We shine, Through my obstacles in Cotonou, Hustling with Grandpa A reminder, From there I came, Product of Ebute Metta, Hope for the ghetto youth I write you this letter in hopes you understand your greatest value, Of importance and bravery, Forged in rich heritage, African Royalty, A Champion that’s who you are Remember to pursue your greatest potential, In you there could be a Yaa Asantewaa, A spark similar to Michelle Obama Flawed I am not, For your eyes cloak me in deep comfort, Whilst Kampala airport remind me that I am Black, A Nigerian The beauty lies in the fact that you see me Past all that, All that identifies as unworthy, For in you there is strength, Drawn by raw emotion, Magnificent in all your humility, In all the changes you made in me, Unknowingly, Separated by an influx of differences, Surrounded by infinite love, My peace of mind, The anomaly, The exception to the rule, You are, My best body of work, Art imitating life, I am, Father to Wilmer God fearing, African, Black, Man This is Wilmer, Daughter of Patrick Nnaemeka Okorie aka Patoranking My dedication. WILMER THE ALBUM OUT 24.05.2019