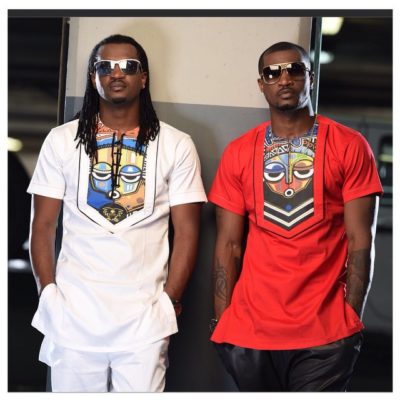 At the recently held PhynoFest carnival at Enugu, Paul Okoye again pointed fingers at his twin brother, Peter, for the split up of the famous P-Square music group.

The singer who now bears the stage name, Rudeboy, stated this while performing to the crowd at ‘The Cathedral’, Nnamdi Azikiwe Stadium in Enugu.

While performing, his audience consistently asked him of the whereabouts of his brother, Peter, then he replied that his brother was in America, before bursting into laughter. He later stopped his performance to address the crowd in Igbo language, stating that his brother’s desire to pursue his personal ambition was the reason behind the group’s break up.

“We were singing together when my brother said he wants to go and discover his talent. I had no choice. But guess what, I have my brand new song titled Fire Fire,” Paul said.