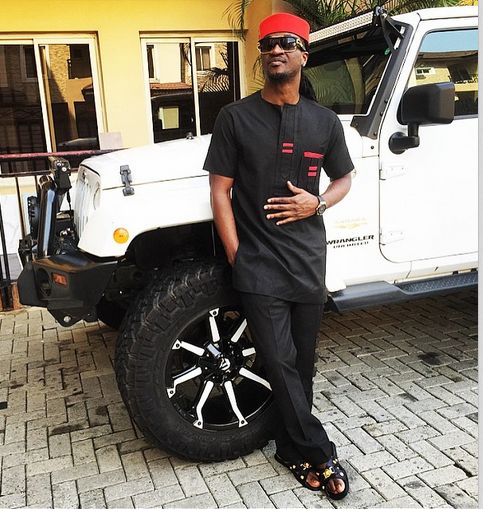 Some hours ago, Ynaija, did a review of Muno‘s new video, Slow Slow, and ended up labeling  Paul Okoye’s a copy cat.

According to Ynaija, Paul Okoye copied the same concept as Rihanna’s work video and still did not do a good job at copying.

The video is set in a supposed Jamaican club setting along with a sepia-tone theme just like the X directed video.

Paul then copies the same opening of the Work video by introducing us to close up shots of people dancing in slow motions.

He then continues to repeat the same scene while trying to transition to another where girls are on what looks like a dance battle stage reminiscent of Psquare’s 2007 video – Roll It.

He might want to argue that he was inspired by the the original Work video as he added an alley scene which looked like something of an after-thought and a lazy attempt.

We are not as annoyed by the copying though, as we are by the fact of its poor copy.

The video vixens looked like they begged for a spot in the video. Everything just looked poor. 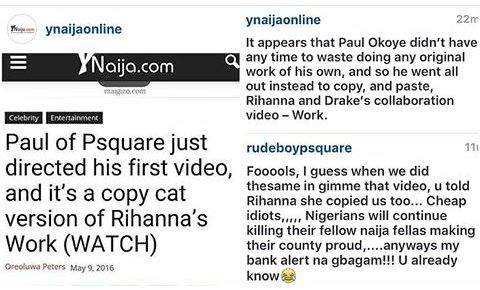 Paul, isn’t having none of it as he took to social media to blast the news site. He wrote:

Let me help u out here…no matter how hard u try you can never be as @officiallindaikeji…in fact Linda can not even employ you as a cook….ewu mmeeehhhh