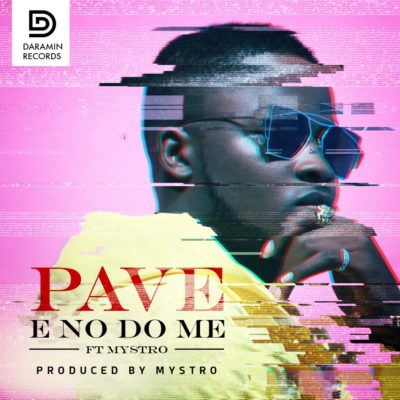 Nigerian pop star, Shafe Precious otherwise called Pave is back with a smashing summer anthem titled ‘E No Do Me’ featuring rave of the moment, Mystro.

Pave has been working and making music underground in the Nigerian music industry since 2010 when he got signed to JDC entertainment using the name Slim Presh back then, he worked with the likes of Chuddy K, Laylow productions and J-Pizzle before taking a break in 2011.

He made a return In 2015 after he got a record deal and changed his name to Pave and he recorded the song titled ‘Aye Aka featuring Oristefemi and In 2016 he recorded Irate featuring Moelogo.