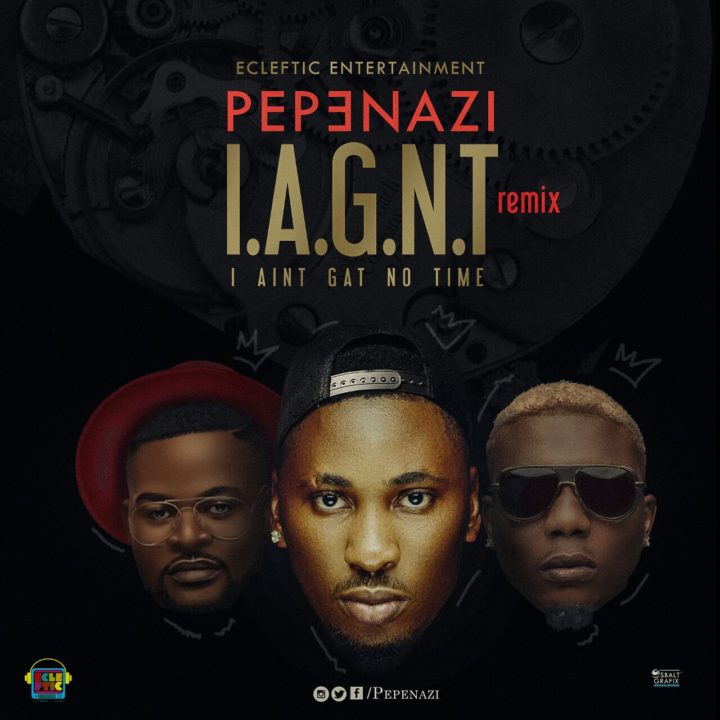 Ecleftic Entertainment act, Pepenazi drops the official remix to his hit single, “I Ain’t Gat No Time”. This time featuring Falz and Reminisce.

It should be recalled that the original version of the song which was first released earlier in August was followed up by a Competition Remix on which he featured winners of his #iAGNTCoverCompetition co-hosted by his record label, Ecleftic.

#iAGNT has grown to be much more than a song but a trend. With Reminisce and Falz on it, this is a sure jam for the yuletide. Rap just got better with this joint!

Pepenazi – “I Aint Got No Time” (Remix) ft. Reminisce & Falz