Peruzzi Reacts To Reports That He Is A Member Of American Bloody Gang, Nine Trey Bloods 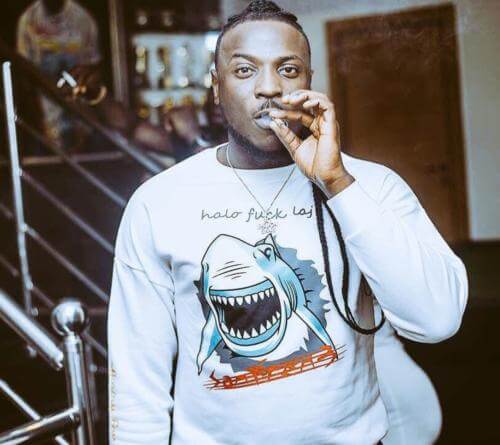 Peruzzi has reacted to reports that he is a member of the deadly American gang, Nine Trey Bloods alongside rappers Cardi B and Tekashi 6ix9ine.

The internet was thrown into chaos when Tekashi 6ix9ine testified in court that Cardi B and several other celebrities were part of the deadly gang which specializes in drug distribution and sales. However, a certain user took to his Twitter page to report that DMW act, Peruzzi was amongst the list of celebrities mentioned by the rapper.

In reaction to the tweet, the “Nana” singer revealed that one slap is enough for the rapper to say the real truth. “1 slap, E Go Talk Truth” 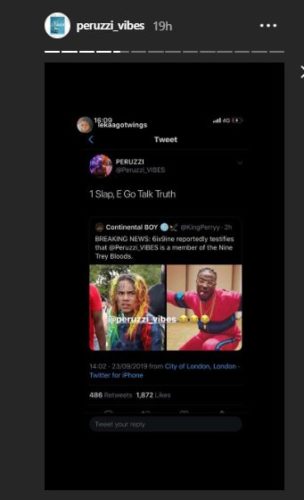