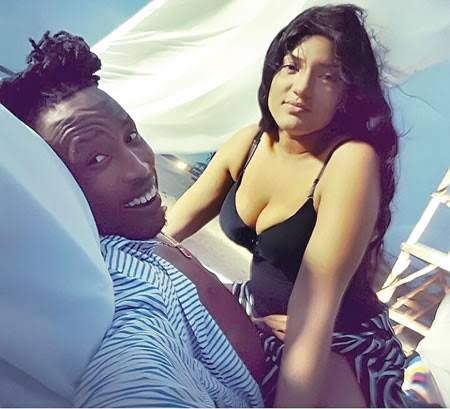 Porthacourt based musician, Mr. 2kay has been seriously dragged to the mud by Ex-girlfriend & former Big Brother Naija housemate, Gifty.

This happened some hours ago after Mr. 2kay defended current Big Brother Naija housemate, Tacha, after some of her fellow housemates accused her of having  body odour. Mr. 2kay who jumped in defence of Tacha said he has been with Tacha at a very early time in the morning even before she took her bath and he never perceived any unpleasant smell ooze from her body. He wrote; ” I’ve been with Tacha in the morning, even when she never baf. Taaaaaa nothing like smell or body odour.”

On seeing the response, Gifty got outraged as she sent some really harsh words the way of the Porthacourt based singer. She wrote; “Pigs always defends pigs. Same birds always flock together.”