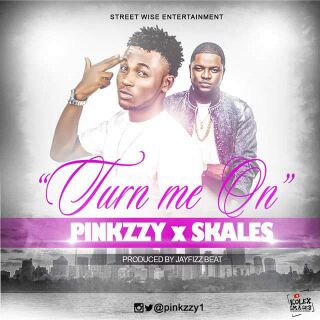 Pinkzzy is a 20 year old young talent who goes by the name Omajuwa Awani and was discovered by his record label “Streetwize Entertainment” some years back. They have been actively working on the low to perfect his vocals, his lyrics and getting him well associated/familiar with several A-List artists and the music industry.

To cut the long story short after a long hiatus “PINKZZY” finally drops one of his hit single which is titled “TURN ME ON” , which features the man of the year (MOTY) “SKALES“. With little emphasies on how good Pinkzzy is, the RnB mid-tempo single “Turn Me On” is an evidence of who the man of the century is going to be.