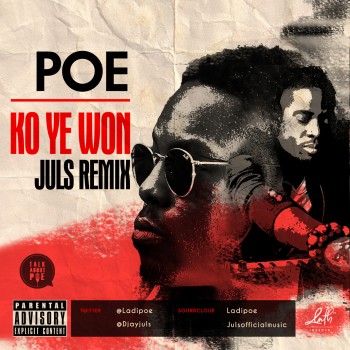 Producer Juls creates a remix to Poe’s Ko Ye Won with what he’s called an “Afro Boom Bap sound”. This leads the pack for his new project which will involve remixes to several songs in the afro hip-hop category that have made an indelible mark on the music scene.

Juls production credits will include songs by artistes like Sarkodie, Manifest, E.L, Show Dem Camp, FOKN Bois and a couple others.