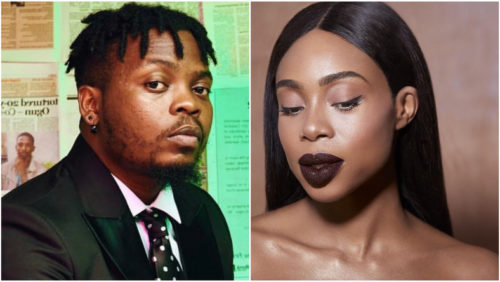 Popular Nigerian On-Air-Personality and rumoured Ex-Olamide mistress, Maria Okan, has given birth to a bouncing baby girl at an hospital in the United Kingdom.

Prior to her delivery, it was rumoured that she was pregnant for YBNL boss, Olamide and went against the wish of the singer not to keep the baby by running to the UK to nurture the pregnancy until she finally delivered.

It was even rumoured that Olamide gave her the sum of one million naira in order to get rid of the pregnancy, however according to reports, she turned deaf ears.

It now appears the rumoured Olamide pregnancy has now become a baby as she has now delivered.

Meanwhile, throughout the pregnancy rumour, Olamide never said a thing, let’s see if he keeps to that tactic when the news of his alleged new born baby escalates.

“Popular OAP, Maria Okan, Gives Birth To Olamide’s 3rd Child In London”, 5 out of 5 based on 3 ratings.