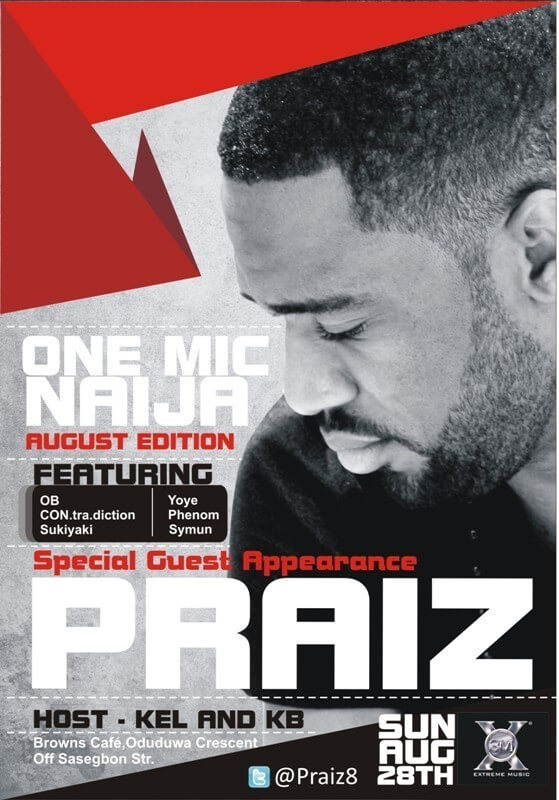 Get Ready For The Most Enthralling Event Of The Year…

Yes, the young and exciting R&B singer Praiz is set to thrill guests at the August edition of ‘One Mic Naija’, the newest mini-concert rave. Come watch Praiz perform exclusive songs from his forthcoming debut album as well as renditions from known stars such as John Legend.

Praiz who is currently signed to X3M Music has garnered a lot of buzz around him from his cameo appearance on M.I’s ‘Epic’ to alternative singer Bez‘s ‘Super Sun’ album.

Don’t be left out!