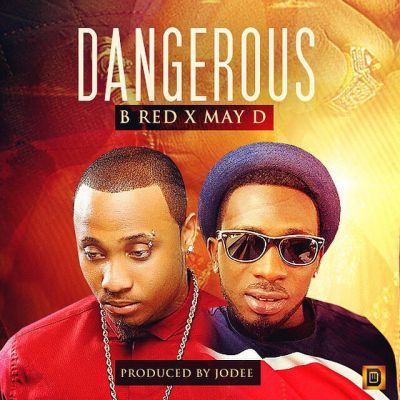 Very Addictive! Confam Entertainment Boss – May D teamed up with HKN Music act ‘B Red’ on this this Jodee produced tune – Dangerous. ‘Dangerous’ isn’t an official single but a prelude to B Red’s international collaboration ‘CUCUMBER’ which features Akon..

‘Dangerous’ showcases B Red & May D coming all to create a new sound the clubs would sure bump to.May D recently released his Aleyi A Bad video and has shot more videos from his recently released singles.. B Red has readied his highly anticipated international collaboration & just might put it out to celebrate his birthday in a few days.

It’s about to be a December to Remember with the Afrimma 2021 Virtual Award Show! Here's The Nominations List!! On...