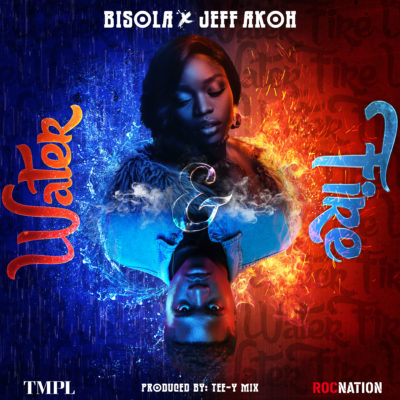 The talent of the two amazing artistes is matched by the production skills of fellow label mate, award-winning producer, Tee-Y Mix on the smooth dance hall tune.

In collaboration with Roc Nation, Temple Music is releasing ‘Water & Fire’ globally on all digital platforms. This is the first fruit of the newly formed partnership between the Nigerian and American entertainment powerhouses.