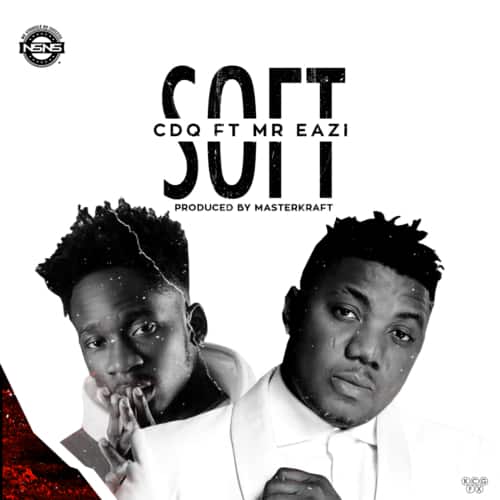 NSNS Entertainment presents the audio and musical video for “SOFT” by CDQ featuring Mr Eazi. Produced by Masterkraft and directed by Moe Musa.

With his record Fine Boyz still making the rounds, rapper and songwriter, CDQ best known for his single “Nowo E Soke” featuring Wizkid and Masterkraft’s Indomie where he was featured alongside Olamide, the rapper comes through with yet another hit.

Nigerian King of indigenous rap CDQ decides to go mild as he teams up with Mr. Eazi on this mind blowing mid-tempo song titled “SOFT”. “Soft” is a love inspired number with catchy lyrics and apt delivering by both acts.

The song Soft is produced by Africa’s renowned producer Masterkraft and accompanied with captivating visuals directed by Moe Musa.

Soft Soft, you be soft

Baby, you be soft yeah

Only you dey do  me better