Previous: EXCLUSIVE PHOTOS: Lagos Experienced A Magical One Night Stand With Adekunle Gold At The Balmoral
By Oluwatobi Ibironke | Dec 29, 2017 | 21:40 - Leave A Comment 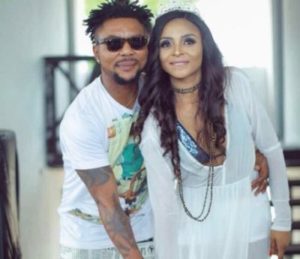 Social media went agog with the news that a certain @christianforward23 alleged that Oritsefemi‘s wife, Nabila, used to be a ‘prostitute’ before her marriage to the singer. The statement led to an unfriendly exchange between the singer and the accuser.

Following the news, the accused and wife to Oritsefemi, has reacted to the claim by @christainforward23 in an Instagram post. In her post, she listed some of her achievements, particularly her impressive educational qualifications. She described the statement as an act of slut shaming women and she demanded that the accuser put some respect on her name. 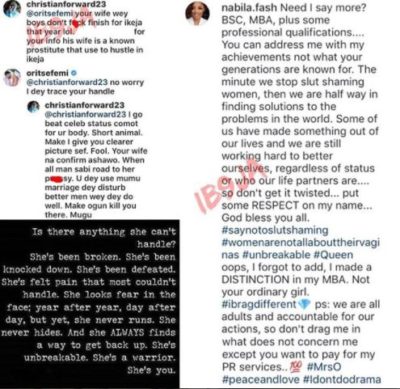