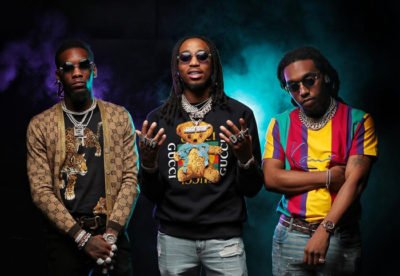 The Migos have been involved in a feud against Layzie Bonez  after the Bone Thugs member released a diss record against them. Takeoff, Quavo, and Offset have been quiet since the beef sparked up but today, things looked to have been changing.

Takeoff’s Twitter activity was going insane as the rapper called out a flurry of artistes including Cardi B, 6ix9ine, Drake, and his own family Quavo. The only thing is, he was hacked.

All of the damning messages have been deleted after Takeoff’s account was barged into by hackers who threatened to leak the newest Migos album. The account sent out absurd messages, including one that alluded to having sexual intercourse with Drake.

The worst one, by far, was when they decided to leak Quavo’s phone number to the world. “Spam him and he might answer,” wrote the hacker after sharing the Atlanta rapper’s phone number. Clearly, Quavo will need to get on the line with his service company STAT to change his number.

According to XXL, the people who got access to Takeoff’s account tried to persuade his fans to follow two random accounts in exchange for Culture III, which is expected to drop early this year. At this time, all tweets have been deleted and the Migos star appears to be back in control of the account.