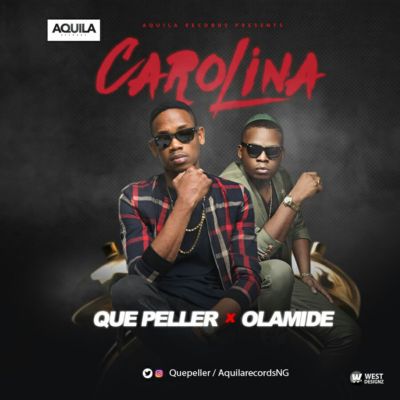 AQUILA RECORDS’ artiste/magician QUE PELLER is back with a fresh tune titled CAROLINA and it features YBNL head honcho, OLAMIDE.

Still relishing the success of his debut single/video ELENIYAN, QUE PELLER got back in the studio with another of the label’s resident producers, PHANTOM to create this unique sound which showcases yet another side of the talented entertainer and looks set to cement his place as a mainstay on the Nigerian entertainment scene.

Popular sound engineer SUKA, contributed his expertise to the mixing and mastering of the song, while there are backing vocals from AQUILA RECORDS’ engineer, SLYMKEYS.