R.Kelly’s Third Sex Tape Released As He Is Finally Se To Be ‘Buried’ 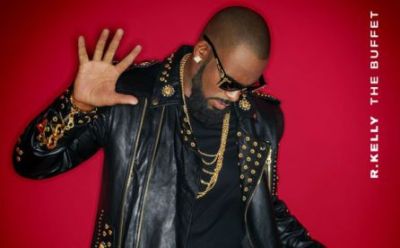 “Surviving R.Kelly” was the catalyst that birthed the imminent destruction of the legendary singer’s career. R.Kelly has since been dropped by his record label, shunned by the music industry, taken off certain streaming services, disowned by his peers, and jailed twice.

R.Kelly was arrested and charged with ten counts of aggravated sexual abuse, but he bailed out after raising money for the bond. Then he was arrested yet again for having $161,000 owed in child support Once again, he needed financial assistance to attain his bail. Now that R.Kelly is walking around free (momentarily), another piece of evidence that will seal his fate has been discovered.

According to TMZ a third sex tape has been uncovered. The tape reportedly shows Kelly having sex with minors. Gloria Allred is representing the man who turned in the footage to police. He has yet to be identified and his connection to Kelly is unknown.

Allred is holding a press conference in New York City, and her client will come forward to explain how he discovered the tape, and why he’s speaking out against Kelly.

Nifemi is a graduate of the University of Lagos. He's a unique user of the pen when it comes to the expression of whatever. He is editor-in-chief of the organization and also a writer of news, articles, editorials and a lot more to help expand the level of knowledge of the readers and simultaneously have them entertained. A lover of music and football is who he is and a Man Utd die-hard.
Submit your comment
7 total pingbacks on this post